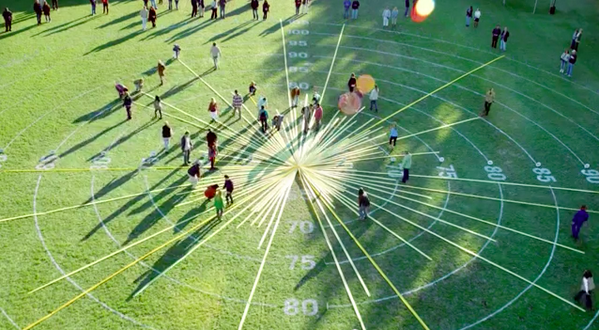 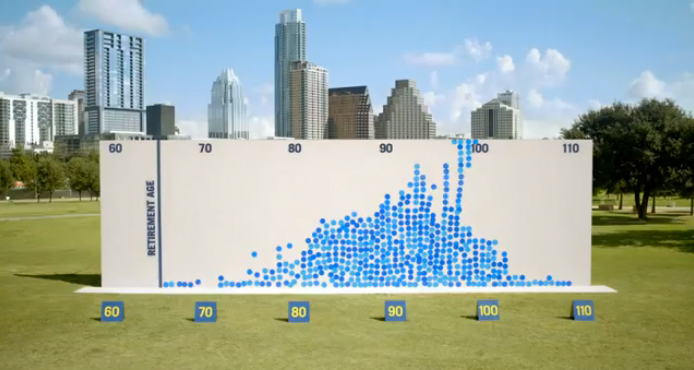 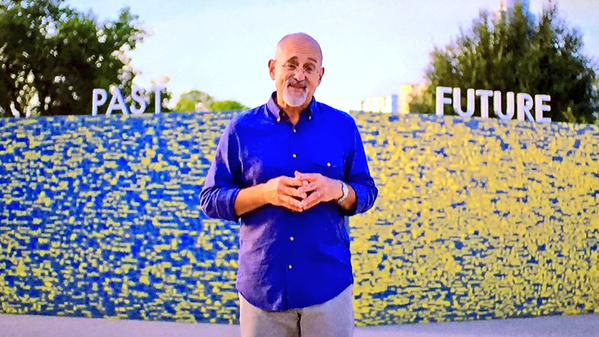 The famous psychology professor Dan Gilbert made a series of TV commercials for the insurance company Prudential, together with Ray Del Savio from Droga5 and Colin McConnell from Prudential. These TV commercials make a clever use of participatory physical visualizations to demonstrate and explain human biases in financial planning.

Also make sure you watch the Dominoes Experiment which set a new world record for the tallest domino stone ever toppled, watch Dan Gilbert's amazing TED talks, and check out our other entries on participatory physical visualization and storytelling.