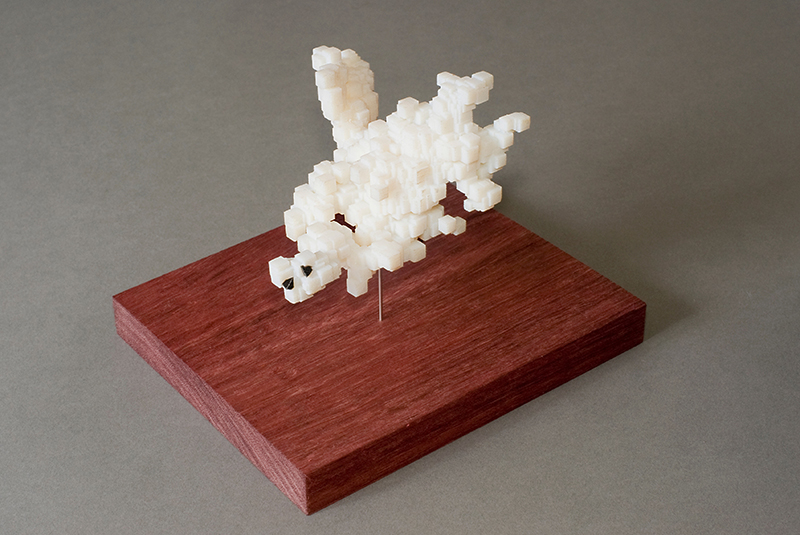 During his residency at Autodesk, artist Scott Kildall created crystal-looking data sculptures by turning world data such as city populations into small cubes laid out on an Earth globe, then running a force-directed algorithm that conglomerates them into a monolithic structure that can be 3D-printed.

The image above shows the 2500 nuclear detonations in recorded history, two of which (the black dots) are the bombs dropped at Hiroshima and Nagasaki, the only ones used as weapons.