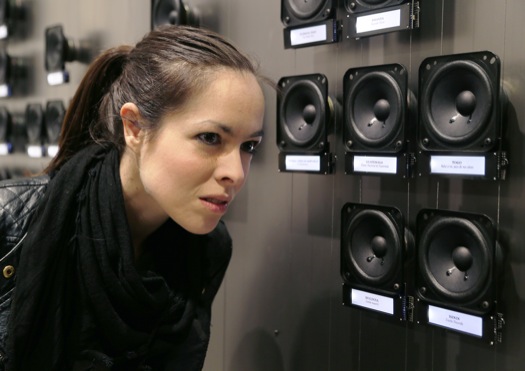 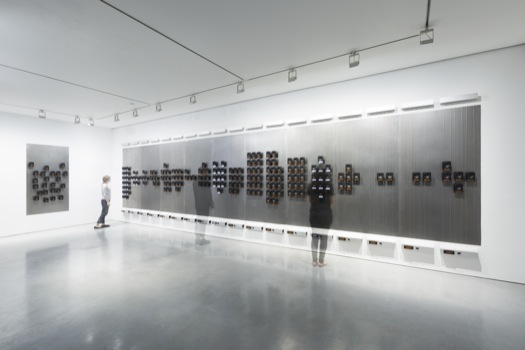 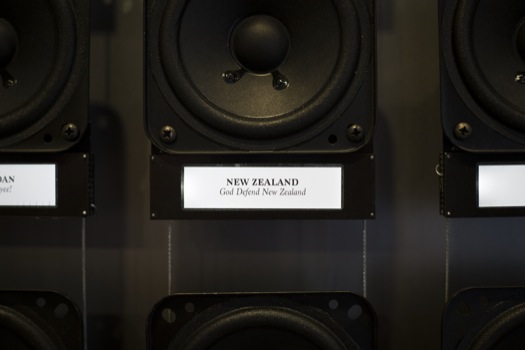 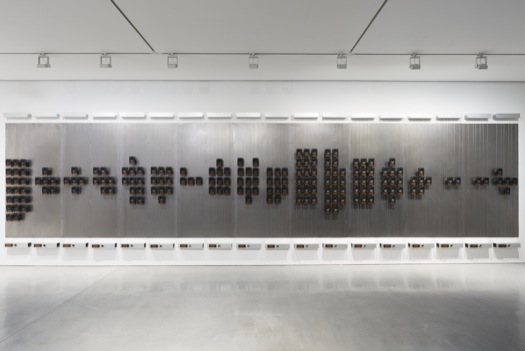 "Pan-Anthem" is an interactive sound installation where the national anthem of every country in the World plays back on a movable speaker that is magnetically attached to a large wall. The speakers are precisely arranged to visualize national statistics: population, GDP, area, number of women in parliament, GINI, year of independence, HDI and so on. For example, when the work is configured to show military spending per capita, on the far left of the wall the public can hear the anthems of countries without military forces like Costa Rica, Iceland and Andorra while at the far right they can hear Saudi Arabia, Israel and the United States, which spend more than $2,000 per person per year. If no one is in the exhibition room all the speakers are silent, but as a visitor approaches a particular set of speakers these start playing automatically, creating a positional panoramic playback of anthems associated to similar statistics