2013 – Programmable Matter Stars in a Movie 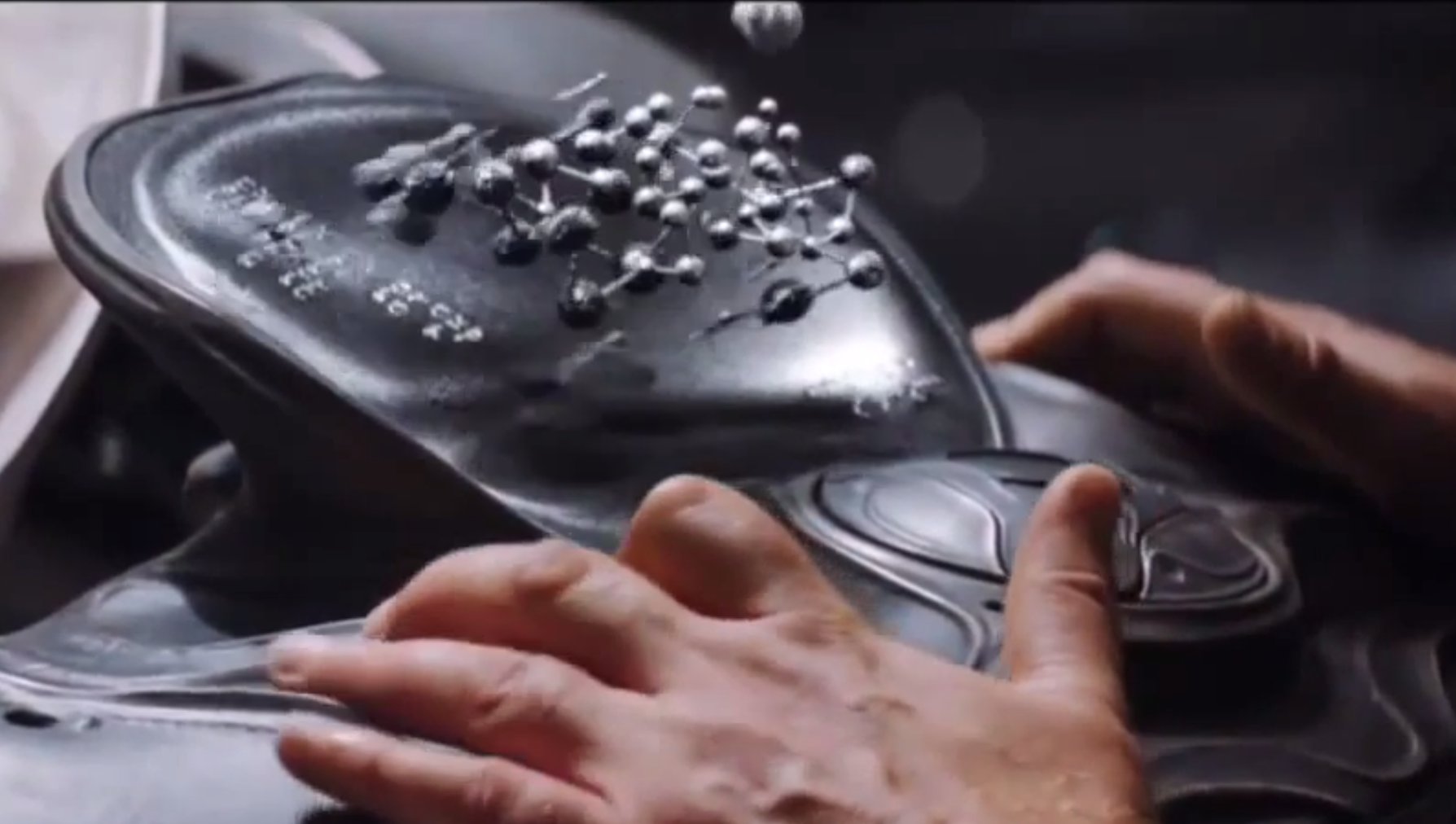 Programmable matter with levitation capabilities is a key visual element in the 2013 movie Man of Steel. The (slowed down) segment above reveals what appears to be a 3D node-link diagram. This display technology is employed by an advanced civilization on Krypton and is referred to as Liquid Geometry or Liquid Geo by the movie team. Visual effects supervisor Dan Lemmon explains that it consists in:

a bunch of silver beads that are suspended through a magnetic field, and the machine is able to control that magnetic field so that the collection of beads behave almost like three-dimensional pixels, and they can create a surface that floats in the air and describes whatever the thing is you’re supposed to be seeing.

This stems from an idea that Zack Snyder [the movie director] had. He wanted to do something that was interesting and different in the way you saw the information presented. He didn't want to do just a typical screen. So one of the ideas that Zack had was to make it a little bit more tactile. The shapes really need to transform. You need something that has that look but has to be in a sense more liquid. [...] They had this sort of metallic, liquid droplet kind of feel, but it felt tactile.

Ironically, although liquid geo was designed to "feel tactile", no one ever touches it in the movie. One might also wonder why Kryptonians appear to be stuck with monochrome rendering. Nevertheless, Man of Steel significantly departs from sci-fi stereotypes featuring either flat displays or disembodied holograms. Computer representations become both three-dimensional and tangible, and most importantly, they reflect natural light. Are we finally reaching the end of antiquated sci-fi aesthetics inspired from the Tron movie?