2020 – Slice and Dice: A Physicalization Workflow for Anatomical Edutainment 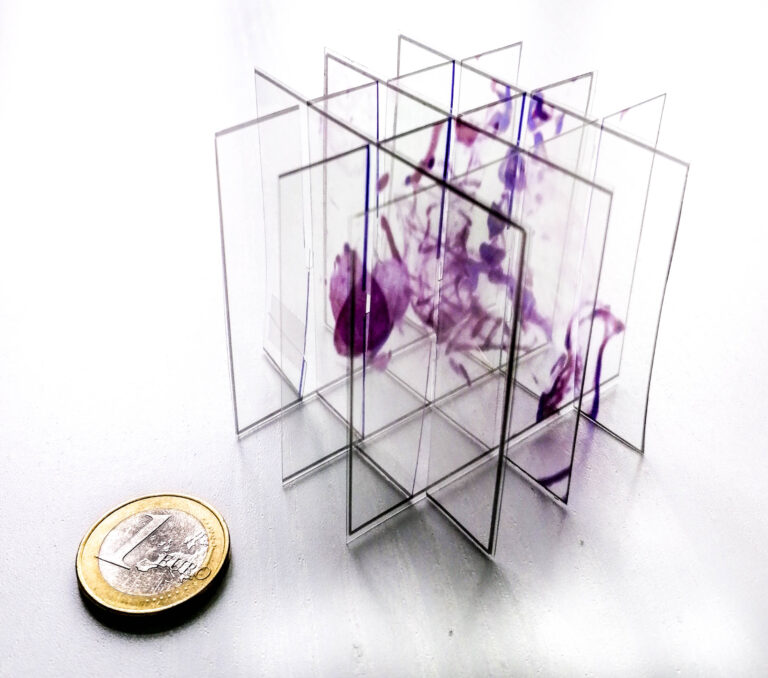 During the last decades, anatomy has become an interesting topic in education—even for laymen or schoolchildren. As medical imaging techniques become increasingly sophisticated, virtual anatomical education applications have emerged. Still, anatomical models are often preferred, as they facilitate 3D localization of anatomical structures. Recently, data physicalizations have proven to be effective and engaging—sometimes, even more than their virtual counterparts. So far, medical data physicalizations involve mainly 3D printing, which is still expensive and cumbersome for laymen use.

In our paper, we investigate alternative forms of physicalizations, which use readily available technologies (home printers) and inexpensive materials (paper or semi-transparent films) to generate crafts for anatomical edutainment. To the best of our knowledge, this is the first computer-generated crafting approach within an anatomical edutainment context, which is based on volumetric medical imaging data.

Our approach follows a cost-effective, simple, and easy-to-employ workflow, resulting into assemblable data sculptures (i.e., semi-transparent sliceforms). It primarily supports volumetric data (such as CT or MRI), but mesh data can also be imported. An octree slices up the imported volume, considering a user-defined transfer function. Then, an optimization step simplifies the slice configuration and proposes the optimal order for easy assembly. Finally, a packing algorithm places the resulting slices with their labels, annotations, and assembly instructions on a paper or transparent film of user-selected size. This can be later printed, assembled into a sliceform, and explored. An initial assessment of our work demonstrated its value for the successful creation of interactive and engaging anatomical physicalizations.