2021 – State of the World as Population Pyramids 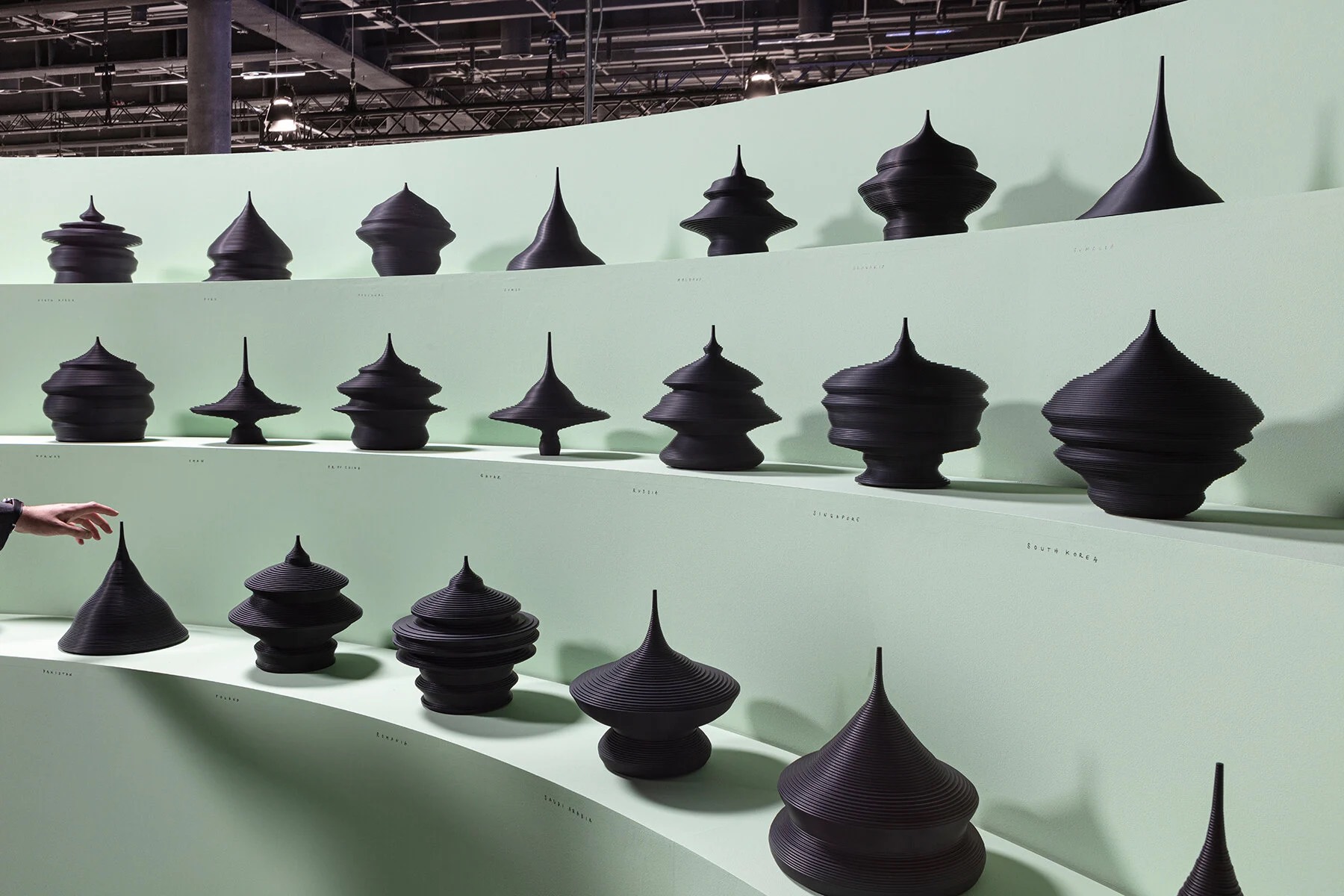 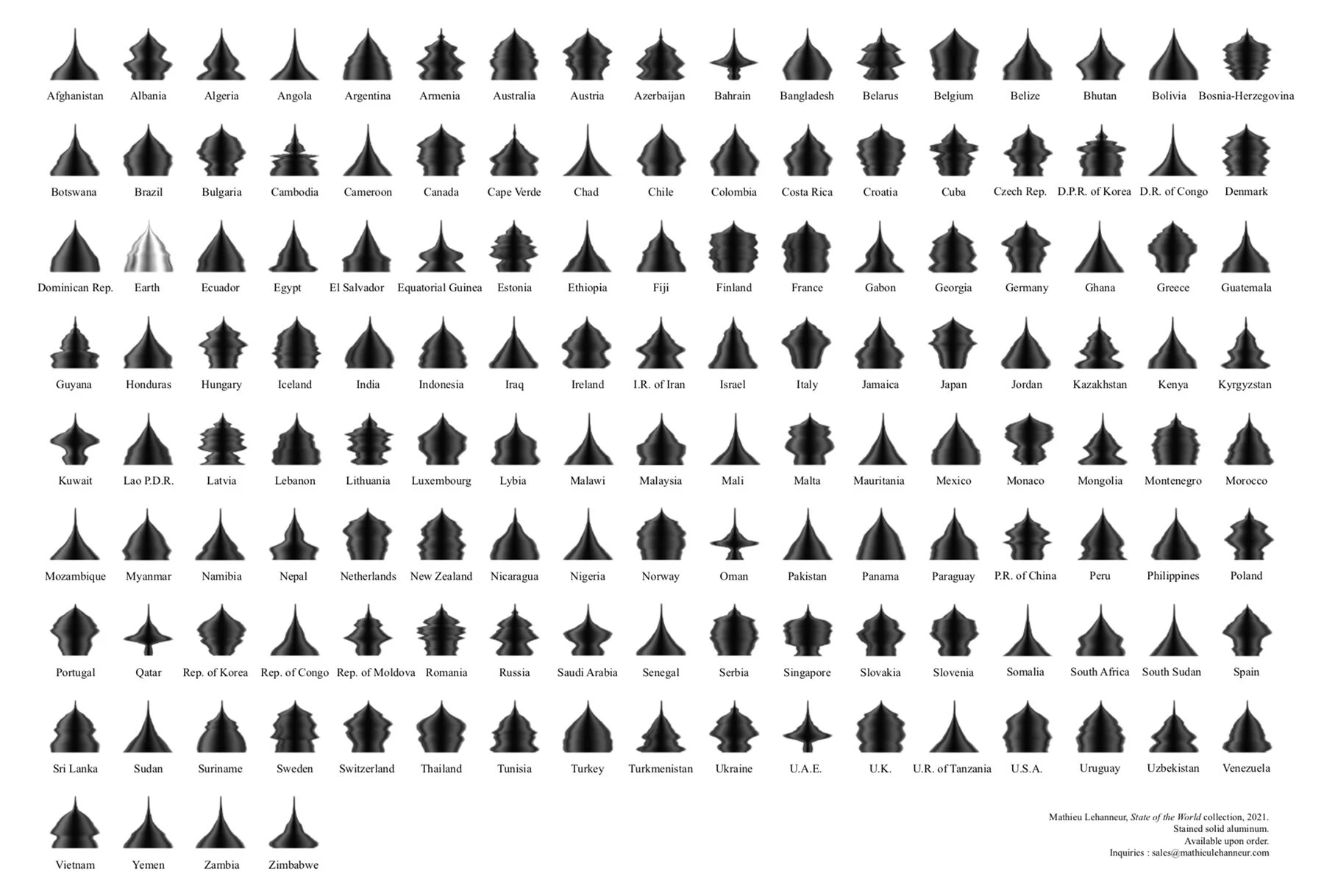 The collection "State of the World" is composed of population pyramids and was created by Mathieu Lehanneur for the 2021 exhibition art basel - design miami. Each of the 100 sculptures encodes the population data of one country: age is encoded in rings from birth at the bottom to 100 years at the top; the width of each ring encodes the proportion of the population being of that age.

each age pyramid reveals the particularities of a nation — the youth of chad, translated by the geometric perfection of its flared base that consistently slims all the way to the top or, conversely, the immigrant population of adults in the united arab emirates, which forms a prominent bump for the age range from 20 to 40 years resting on top of a fine base of emirati births. passing from one work to another proves to be a fascinating journey through time and history. the notches left by the war in cambodia or the second world war in many european countries act as evidence that evoke the immediate empathy of the visitor, who is suddenly part of a greater whole: a living, moving, global body.

Also see our other entries about age pyramids.