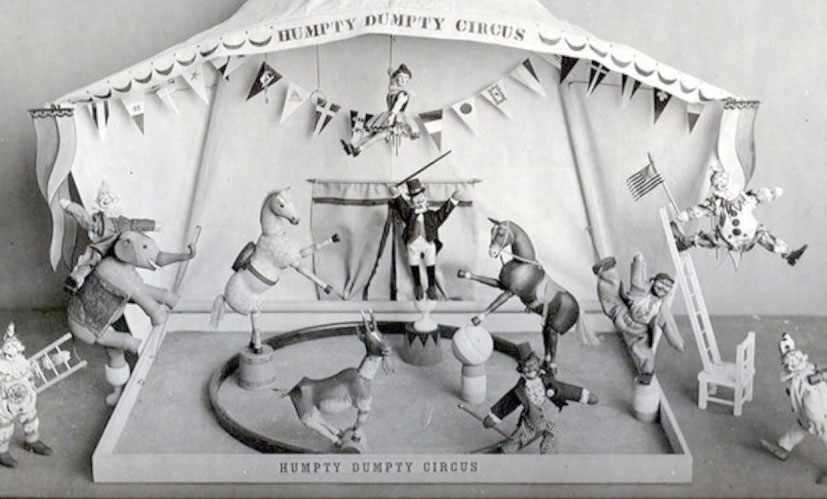 Stop motion animation is the frame-by-frame capture of (generally) inanimate objects which are manipulated by increments in order to produce the illusion of motion. It was first used in movies to produce magical effects. The first movie to use this technique was The Humpty Dumpty Circus (1897), where a toy circus of acrobats and animals comes to life (left image).

With modern 3D computer graphics, stop motion animation has become largely obsolete, but remains occasionally used. A particularly appealing example is the "Bears on Stairs" video made in 2014 by the creative agency DBLG (video on the right), where a computer model of a bear was 3D-printed in many different poses to create a surprisingly smooth stop motion animation.

For an example of how stop motion animation can be used for telling stories about data, see our entry 1965 - Stop Motion Animation of Physical 3D Map.