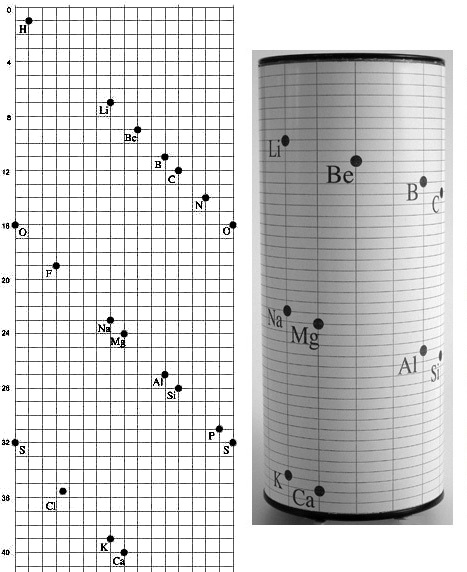 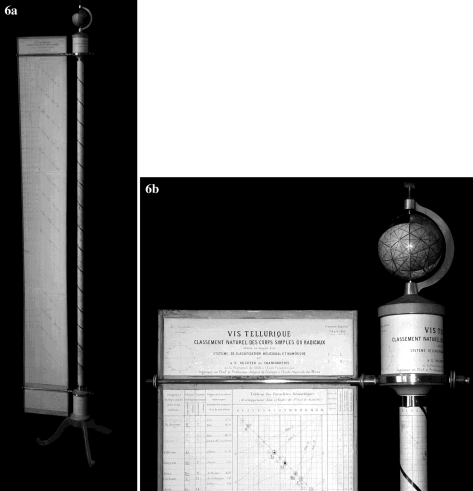 The French geologist Alexandre-Émile Béguyer de Chancourtois was the first scientist to see the periodicity of elements when they were arranged in order of their atomic weights. Credited with being the original discoverer of the periodicity of elements and the originator of the three-dimensional method of element arrangement and representation. He drew the elements as a continuous spiral around a metal cylinder divided into 16 parts. The atomic weight of oxygen was taken as 16 and was used as the standard against which all the other elements were compared. Tellurium was situated at the centre, prompting vis tellurique, or telluric screw.

Despite de Chancourtois' work, his publication attracted little attention from chemists around the world. The reason being that De Chancourtois's original diagram was left out of the publication, making the paper hard to comprehend. The paper also dealt mainly with geological concepts, and did not suit the interests of many chemistry experts. It was not until 1869 that Dmitri Mendeleyev's periodic table attracted attention and gained widespread scientific acceptance.