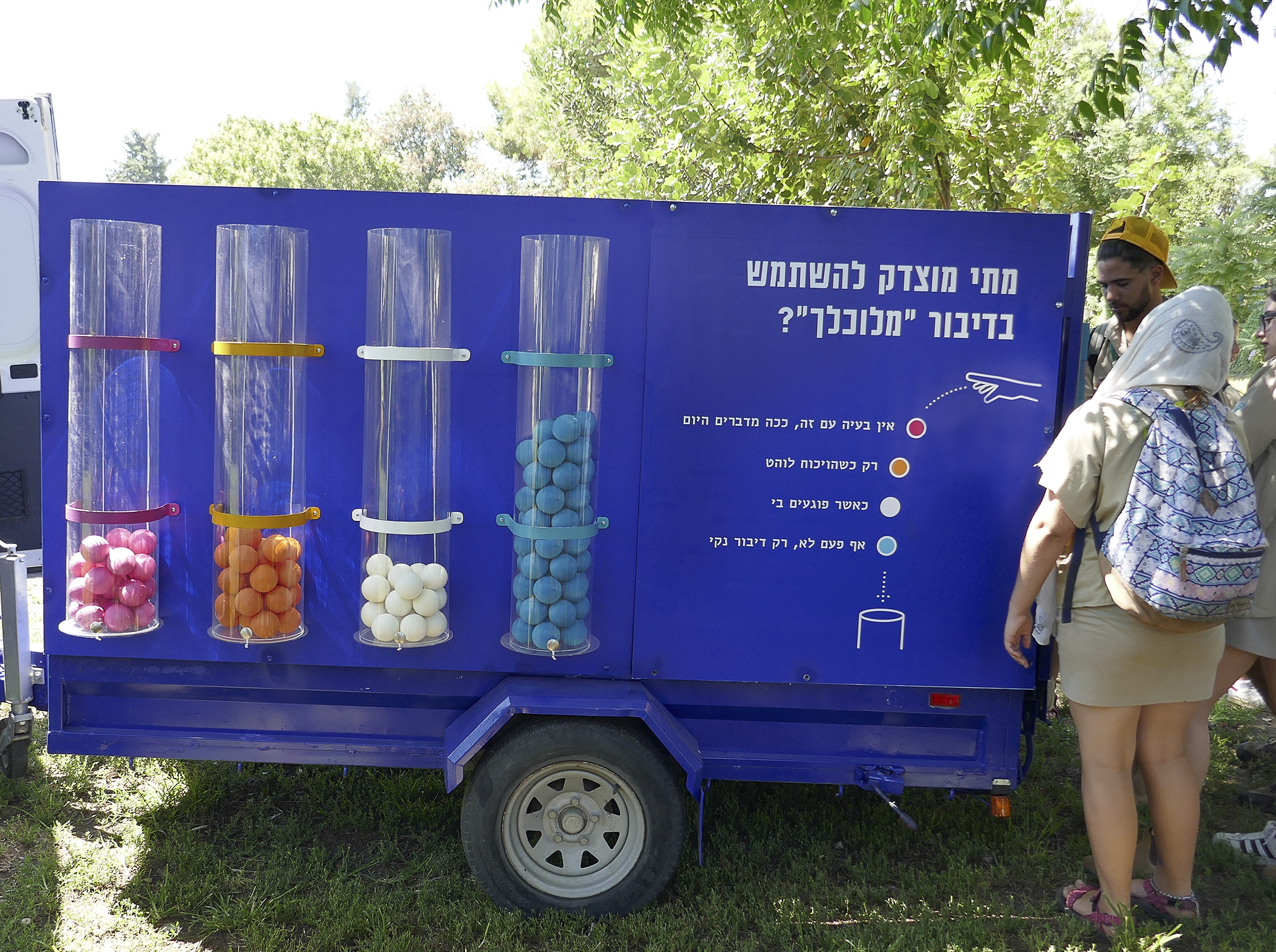 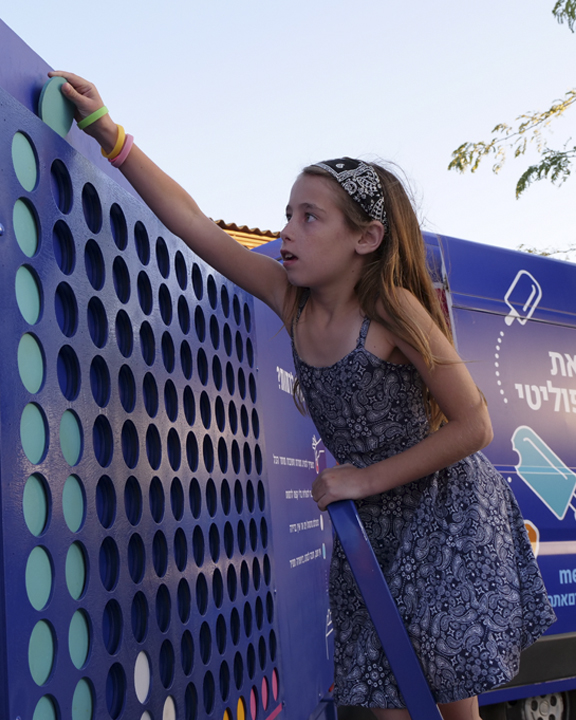 A public participation project, in which the boundaries of the political debate were discussed. Hoping to define a respectable “clean” political discourse and formulate a treaty reflecting the public's expectations of what constitutes a legitimate discourse based on political ideology or clear up when is a misuse of a public position.

The project was made up of an ice-cream truck, driving around Israel periphery, inviting the public to participate in 4 interactive games asking question about the dilemmas in a political discourse. ones answers the question each participant got an popsicle! the data was then used to formulate the “clean” political discourse Convention and handed out for Candidates and elected officials to sign.