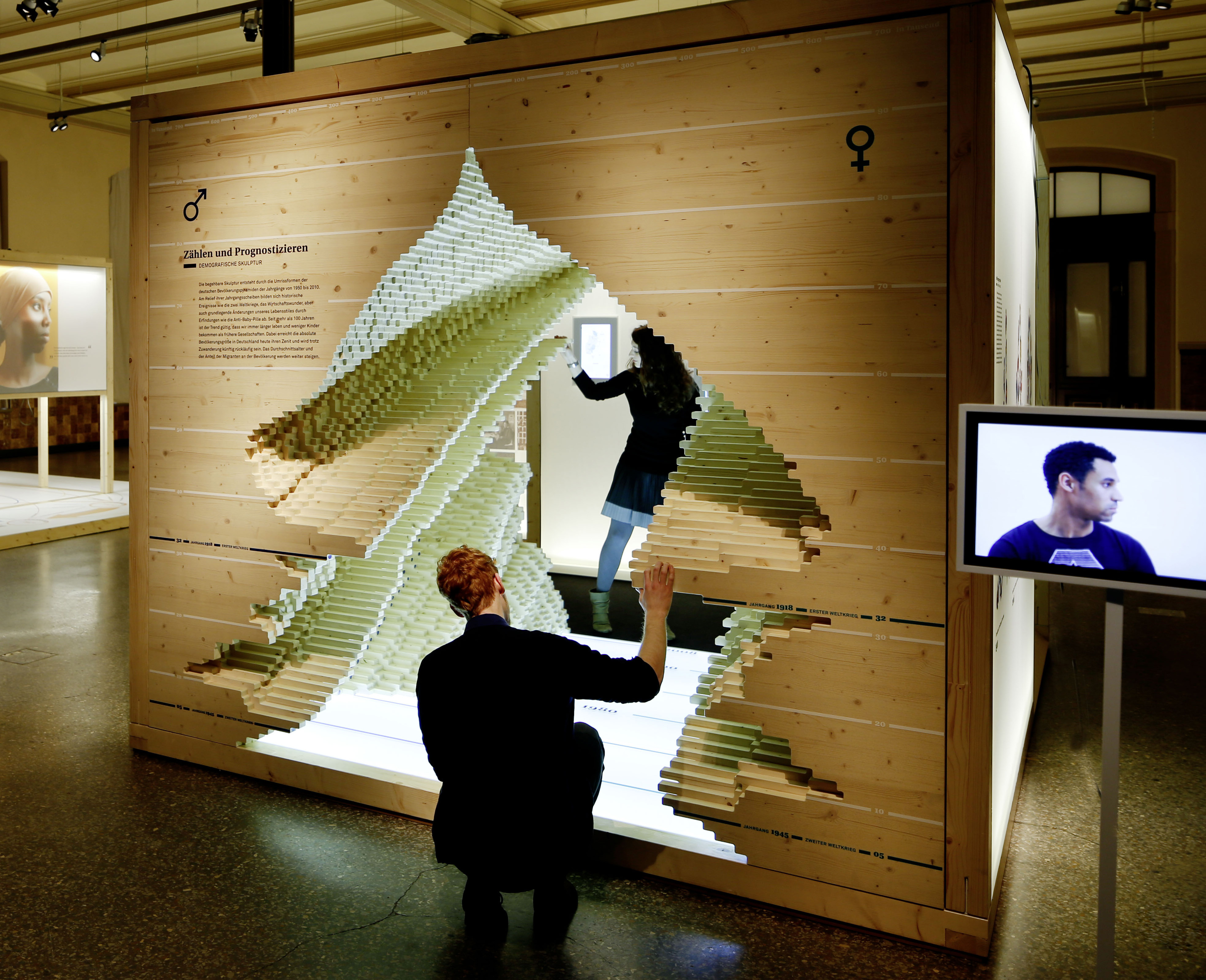 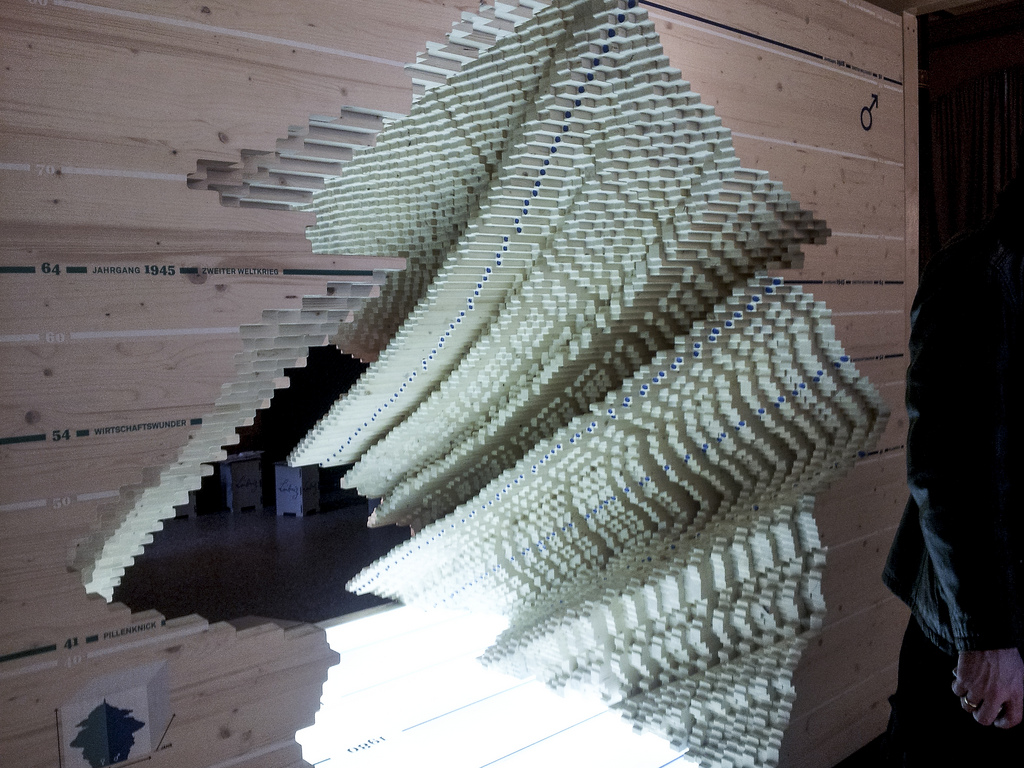 A walkable age pyramid of the German population. It was part of an exhibition on demographics by Atelier Brückner. The sculpture gives an impression how the distribution of age groups shifted between 1950 and 2010. For example, it shows how two world wars took out certain age groups and the lasting effect of the "Pillenknick" (the drop of birth rates due to the wide availability of "the pill").