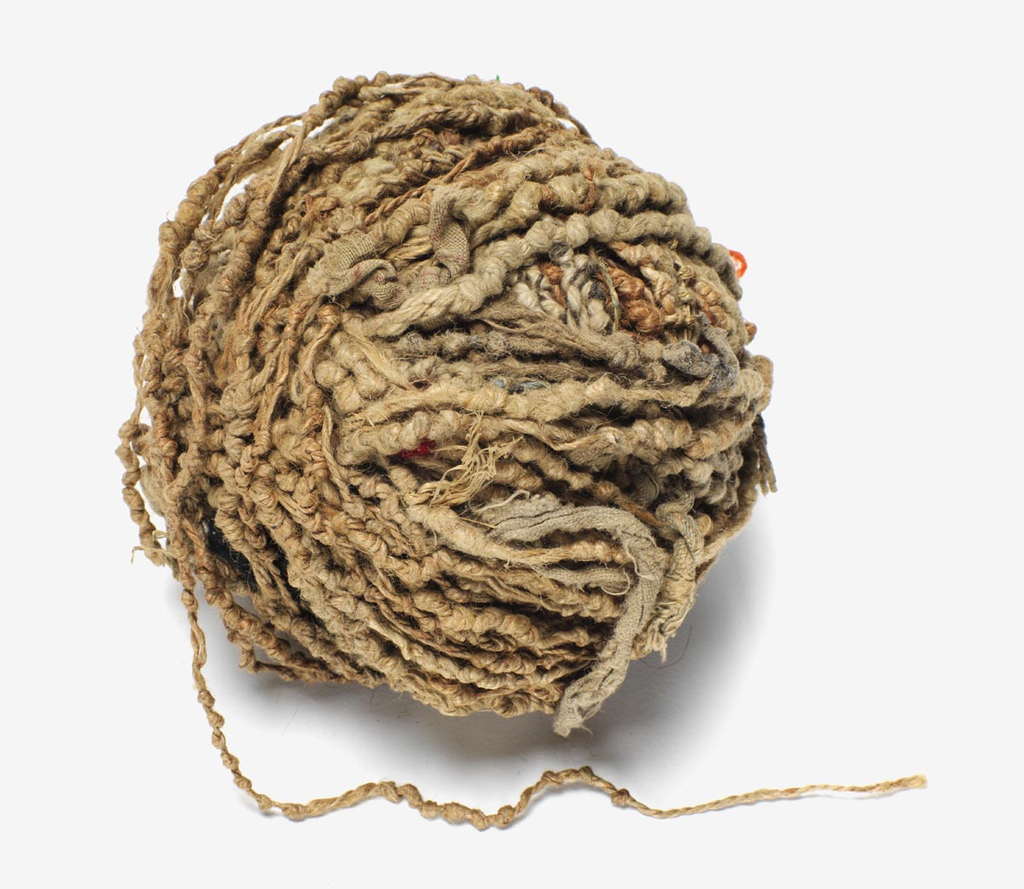 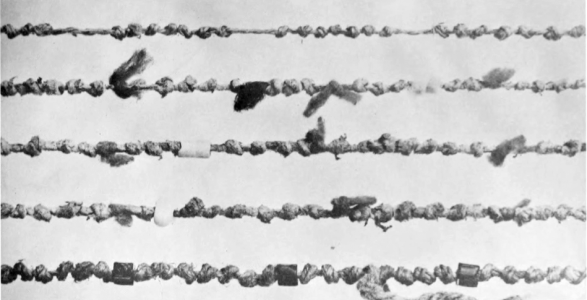 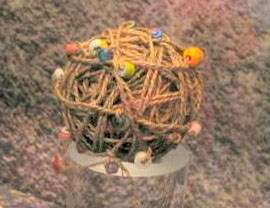 Women from the Yakama Native American tribe used strings of hemp as personal diaries. Each major event in their life was represented by a knot, a bead or a shell. This mnemonic device is called an Ititamat, or counting-the-days ball, or simply time ball. The first image shows an Ititamat created before 1920. On the second image, each string is a different Ititamat. The last image shows a 2003 replica.

A young woman would use a time ball to record her courtship, marriage, and other experiences using a system of knots and beads that only she could decipher. As she grew older, a woman might have several time balls with which to share her life story or keep those memories private. When she passed on, they were buried with her.

The ball of twine grew in size as time passed and as events occurred. The women would sometimes divide the twine into 25-year lengths to make it more manageable. When the women were very old, they could use the knots and beads of their time balls to recall not only what happened in their lives but when the events occurred. They could easily recount when their children were born, when they moved away, and other major experiences.

Also see our entry on Torres Strait Islanders tallies and on the Polynesian Genealogical Instrument.