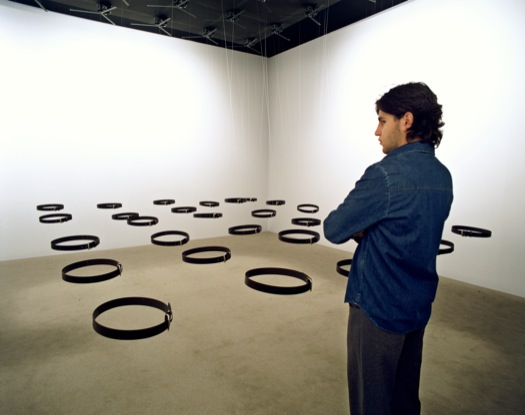 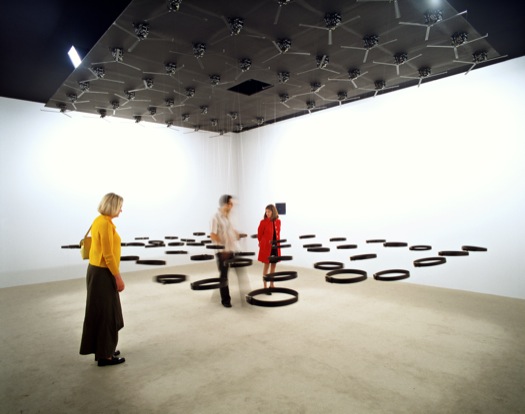 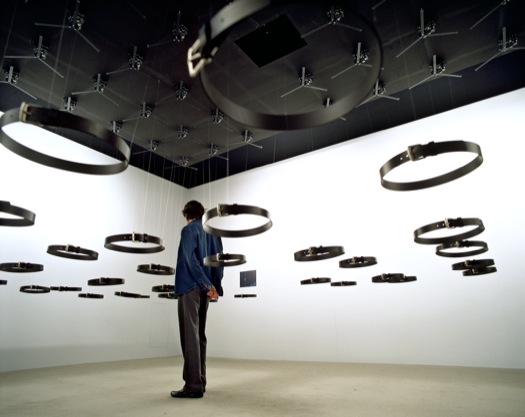 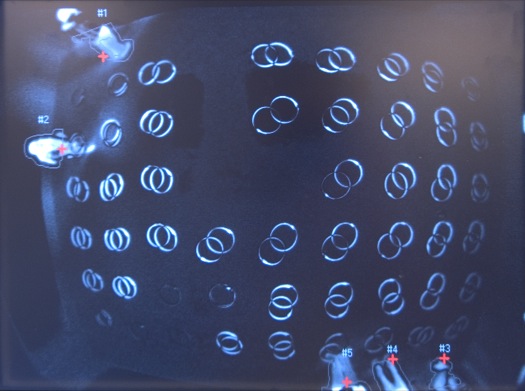 Standards and Double Standards is an interactive installation that consists of 10 to 100 fastened belts that are suspended at waist height from stepper motors on the ceiling of the exhibition room. Controlled by a computerized tracking system, the belts rotate automatically to follow the public, turning their buckles slowly to face passers-by. When several people are in the room their presence affects the entire group of belts, creating chaotic patterns of interference. Non-linear behaviours emerge such as turbulence, eddies and relatively quiet regions. One of the aims of this piece is to visualize complex dynamics, turning a condition of pure surveillance into an unpredictable connective system. The piece creates an "absent crowd" using a fetish of paternal authority: the belt.