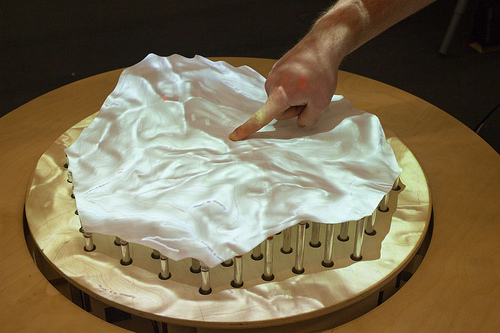 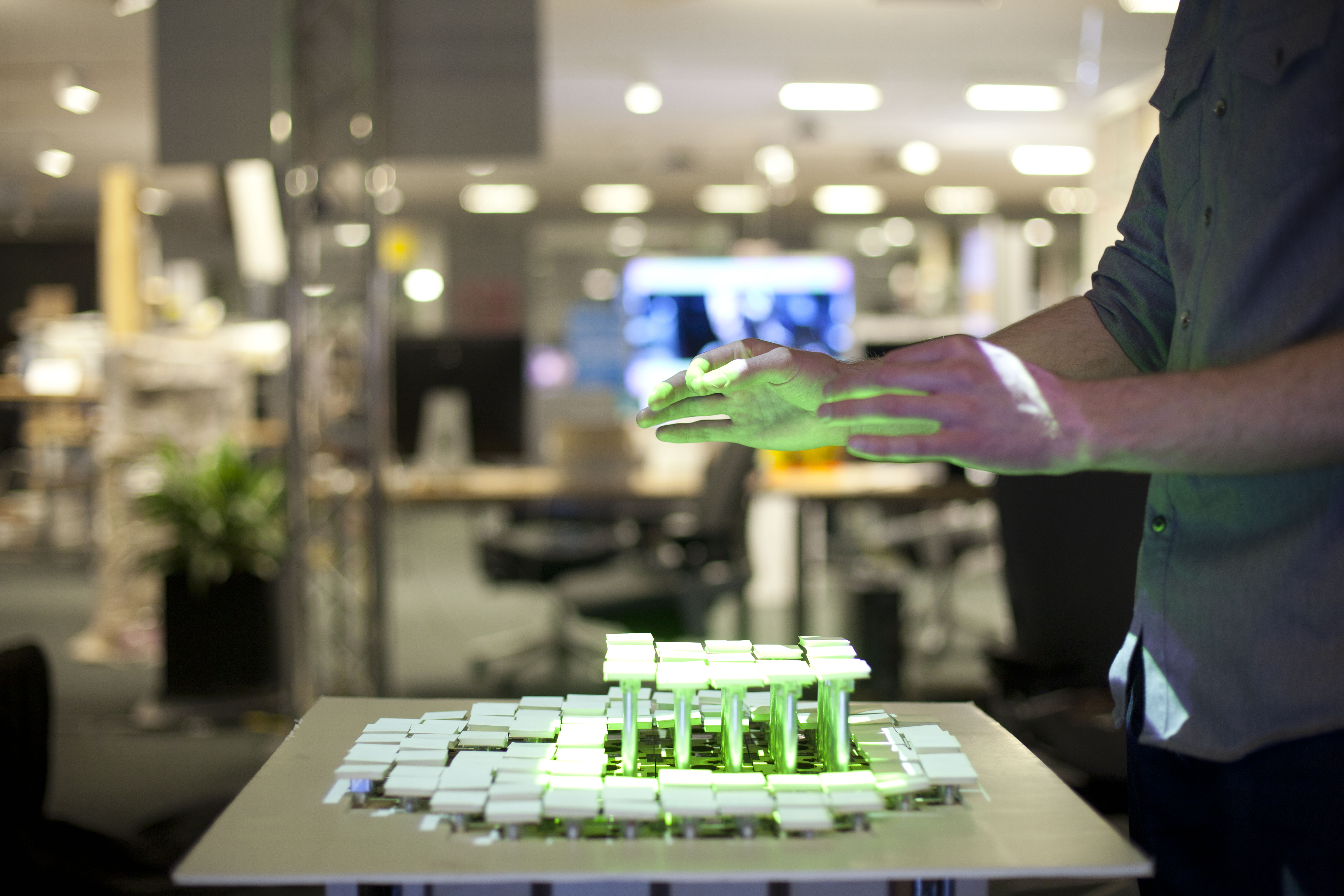 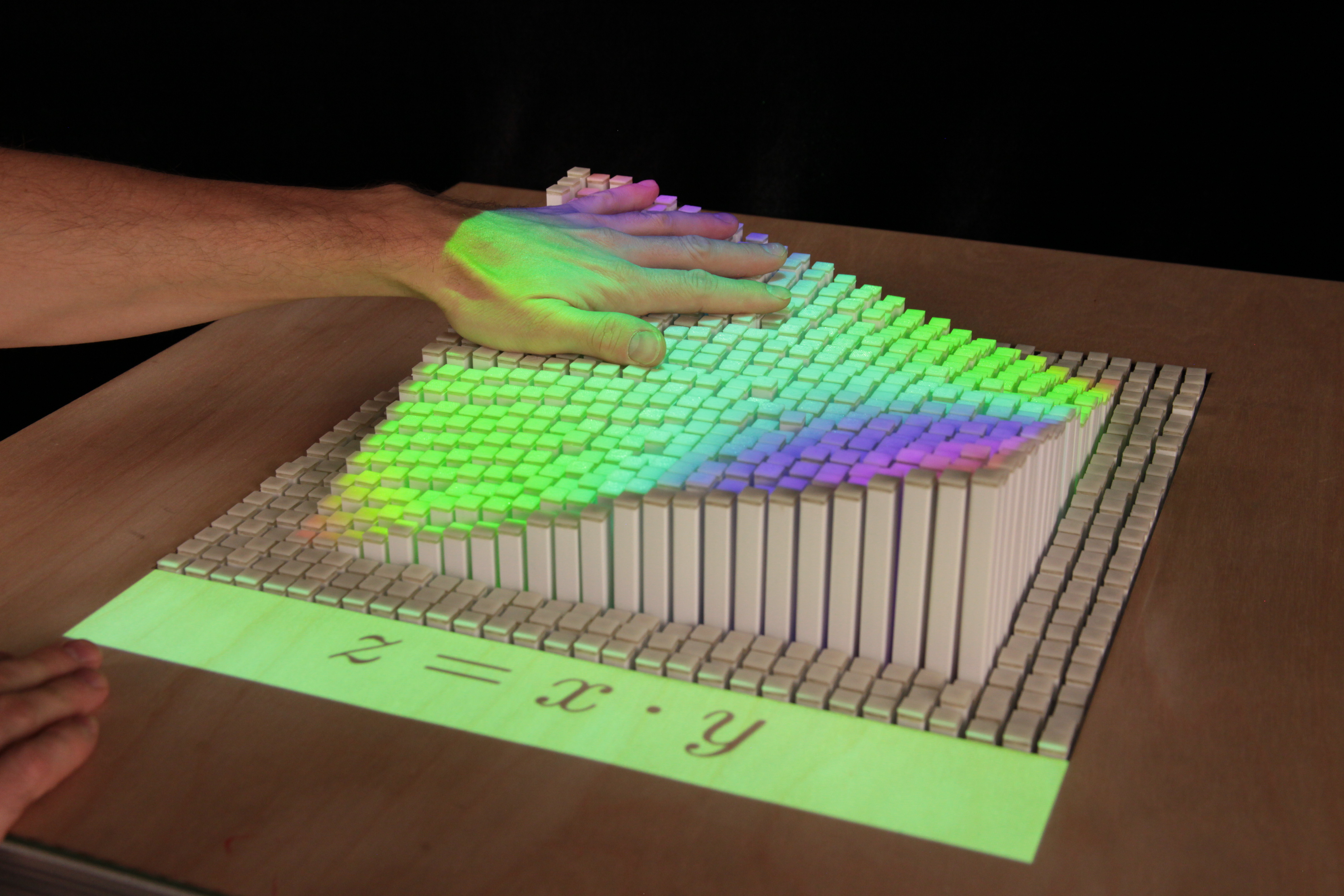 Daniel Leithinger, PhD student at MIT MediaLab and his colleagues, are studying interaction with shape displays. The team designed two impressive shape displays made of arrays of ultra-fast motorized pins.

Relief (2009-2010, first row above) is made of 120 motorized pins on top of which can be added a rubber sheet and a projected image. Each pin can be addressed individually and senses user input like pulling and pushing. In 2011, the team extends Relief (later renamed Recompose, second row above) with a depth camera, allowing users to interact with it through mid-air gestures.

inFORM (2013, last row above) is a higher-resolution version made of 900 motorized pins (30 x 30). Leithinger and his colleagues use it to demonstrate a range of features and use case scenarios, including the exploration of physical visualizations.