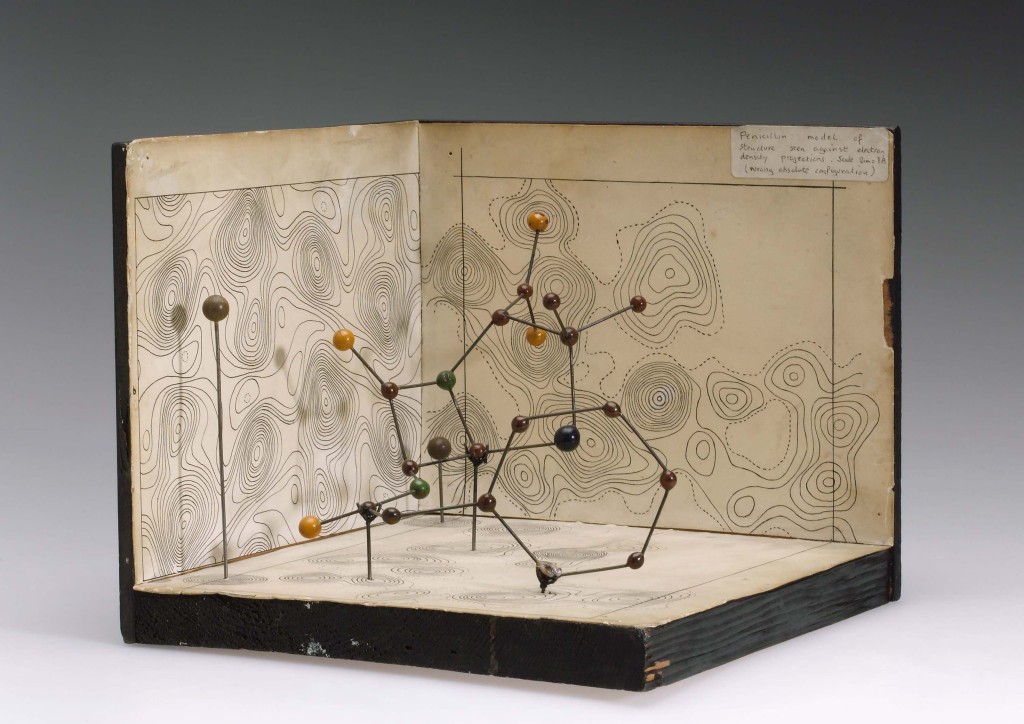 Electron density map and model of Penicillin created by Dorothy Crowfoot Hodgkin in 1945 based on her work on X-ray crystallography. The Penicillin molecule was the first molecule whose structure was derived entirely from X-ray data. Dorothy Hodgkin later received the Nobel price for applying the same technique to determine the structure of the B12 molecule.

Dorothy Hodgkin (1910-94) was awarded the prestigious and exclusive Order of Merit in 1965 to add to her 1964 Nobel Prize for ”her determinations by X-ray techniques of the structures of important biochemical substances”. The Order of Merit is a group of 24 individuals of great achievement in the fields of the arts, learning, literature and science. Hodgkin was only the second woman to be part of the exclusive group - the first was Florence Nightingale.