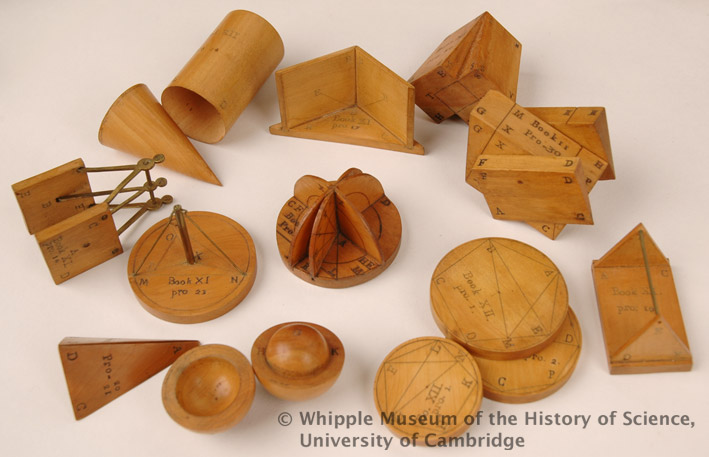 During the 18th century, instrument maker George Adams built and sold solid 3D geometric models as educational complements to the 2D images found in Euclid's Elements of Geometry. As argued by a 18th-century author:

It is almost as necessary as in mechanics, to exhibit the objects, whose qualities are to be taught; and to call in the joint assistance of the hands and eyes.

According to the Whipple Museum of the History of Science, authors were already experimenting with paper models soon after the very first English edition of Euclid in 1570. But in contrast with chemistry, the use of physical models has never become widespread in geometry.