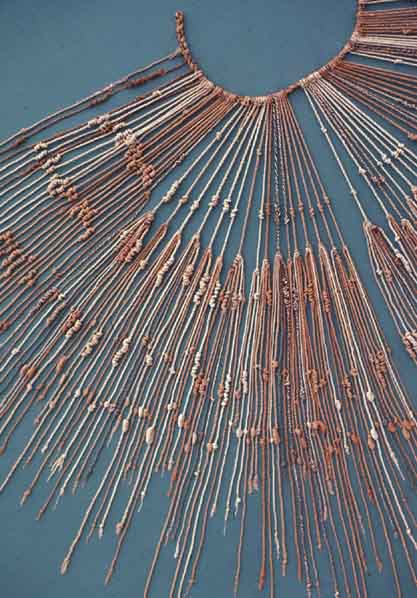 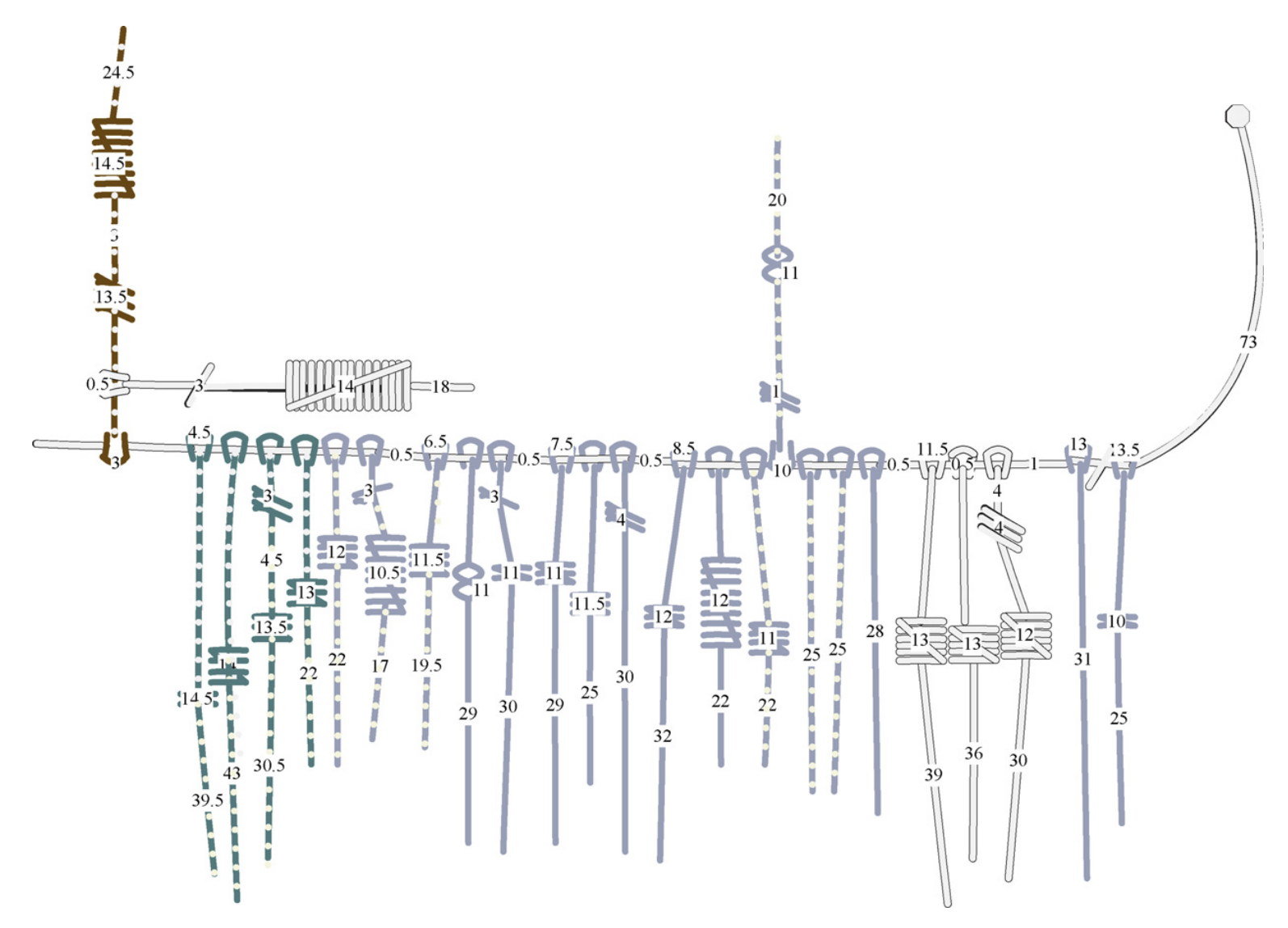 Quipus were complex assemblies of knotted ropes that were used in South America as a data storage device and played an important role in the Inca administration. Only a handful of specialists could use and decipher them. Their meaning mostly remains a mystery but it seems that color, relative position of knots, knot types and rope length were used to encode categorical and quantitative variables.

The oldest known Quipu is 4600 years old. In the late 16th century quipus were still being used by Peruvians until the Roman Catholic church decreed they were "the devil's work" and had most of them destroyed.