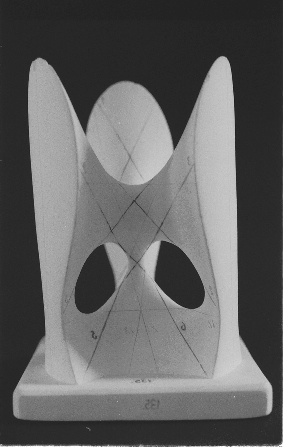 In the 19th century, mathematicians became interested in the question how mathematical functions look like. Felix Klein, a German mathematician, had several of such physical models in his lab in Göttingen, and popularized them in America when he brought a boatload to the World's Fair in Chicago in 1893. The photo above shows a model of a Clebsch surface from 1880, designed and presumably built by Adolf Weiler, Klein's grad student. It is kept today at the University of Göttingen.