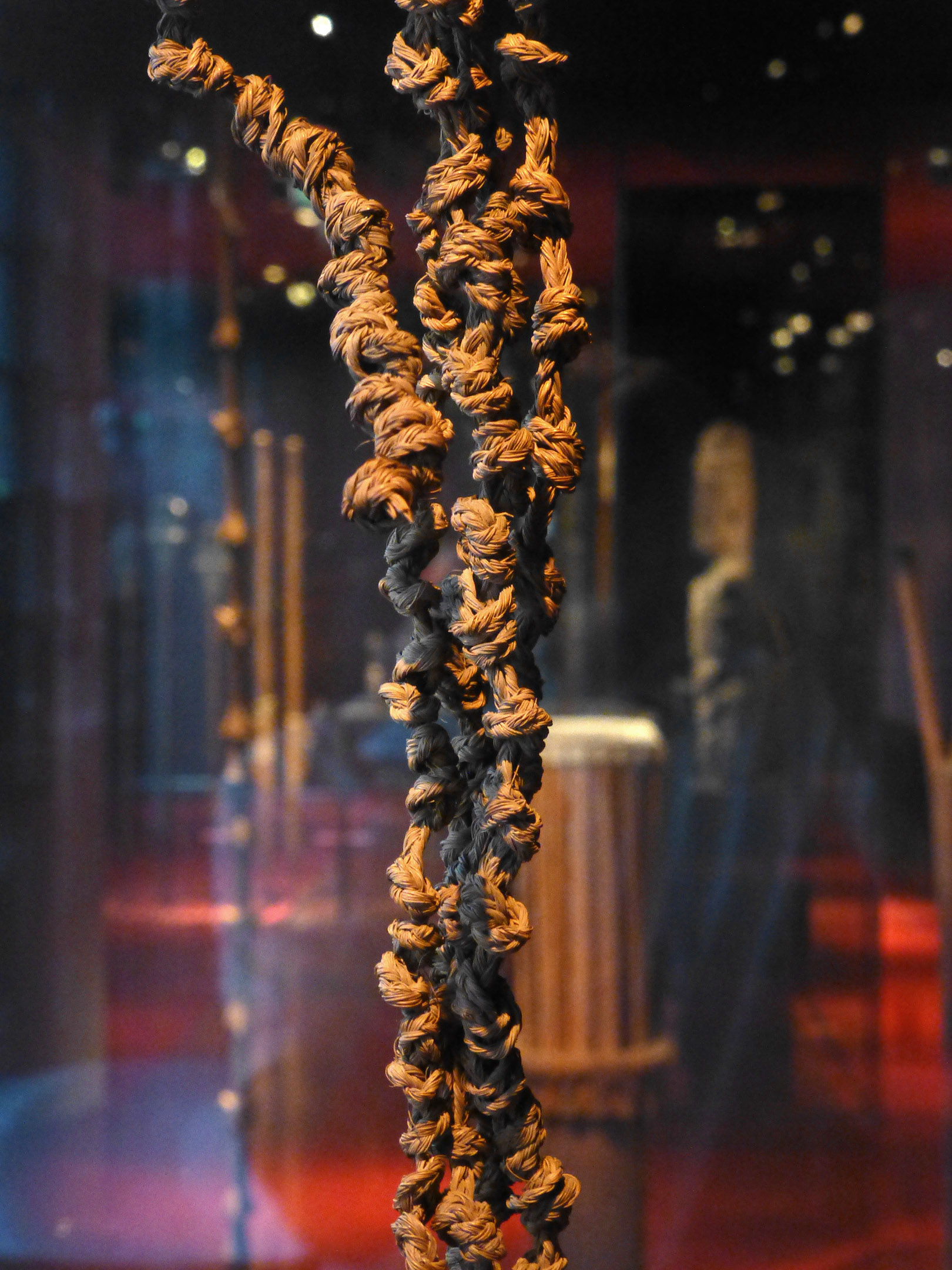 This artefact from the Marquesas Islands (French Polynesia) served as a memory aid for reciting genealogies during ceremonies. Each thread, made of woven coconut fiber, is a genealogical line and each knot is a generation. The genealogy goes back to the mythical origins of Earth, materialized by the oblong ball on top, made of wood (see left image).

The date of the artefact is unknown. It was collected by Alphonse Long, French navy physician, while he was on duty in the Marquesas Islands between 1882 and 1891. Such objects are rare and poorly studied. This one was acquired by the Musée du quai Branly in 2012 for 73,000€.