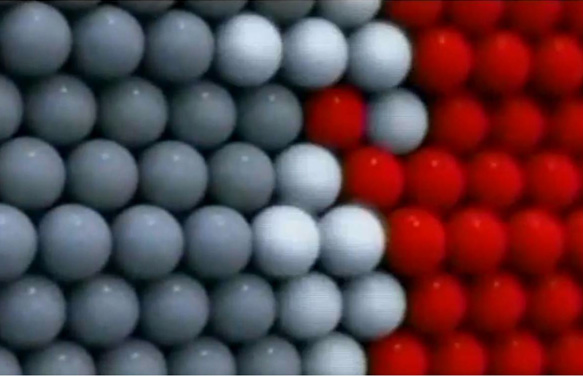 Several research labs have been exploring ways to implement programmable matter through nanoscale robotics. This line of research goes by many names: dynamic physical rendering, smart dust, synthetic reality, utility fog, radical atoms or programmable matter. Looking at current publications and demos, we are far from being there yet. But in a few decades, we will have physical displays that offer full control over their shape, color and other material properties. Cephalopods won't feel alone anymore.

The two concept videos above show how some designers and scientists envision interaction with programmable matter in a 3D modelling context. The first one is from the Carnegie Mellon University, the second one is from the MIT Media Lab. Will programmable also be free floating, as we've seen in movies?