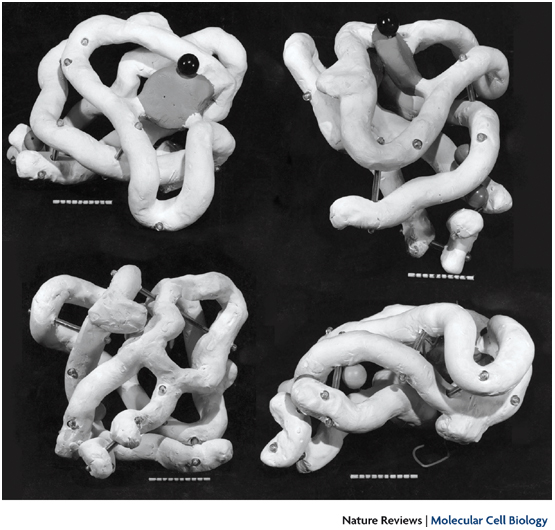 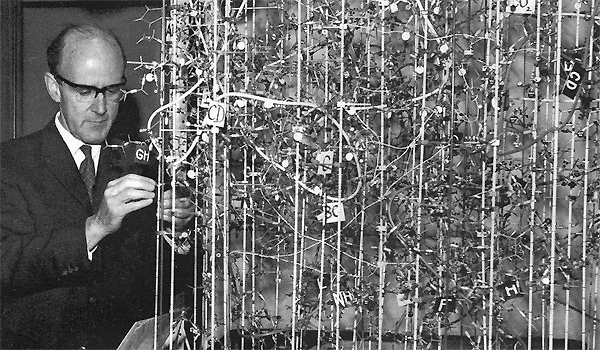 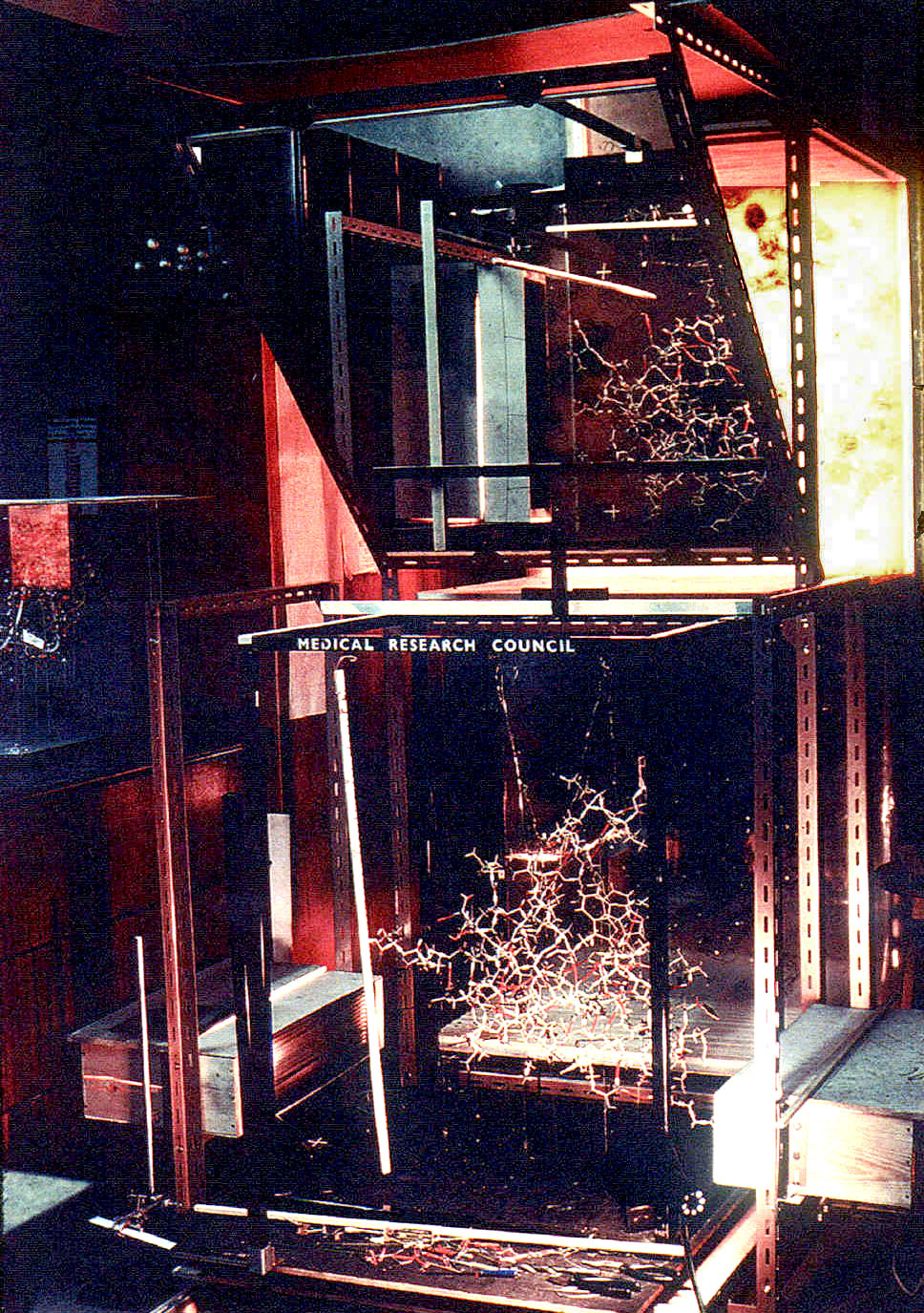 Left image: The very first physical model of a protein (myoglobin) built by crystallographer John Kendrew in 1957 using plasticine. The image is from a 1958 Nature article, for a more recent photo see here. In 1960 Kendrew completed a higher-resolution skeletal model known as the "forest of rods". The model was 2-meter wide, made of brass, and supported with 2,500 vertical rods, making it barely legible. Colored clips were attached to the rods to visualize electron density. See photos here and here.

Middle image: Biochemist Max Perutz working on a model of hemoglobin similar to the "forest of rods", completed in 1968. Hemoglobin is made of 10,000 atoms. Perutz and Kendrew shared the 1962 Nobel Prize in Chemistry for working out the structure of those giant molecules.

Right image: A visualization device built by biochemist Fred Richards in 1968 and known as the "optical comparator", the "Richards Box" or "Fred's Folly". This device taller than a person used a half-silvered mirror to optically combine a wireframe physical protein model with electron density maps.