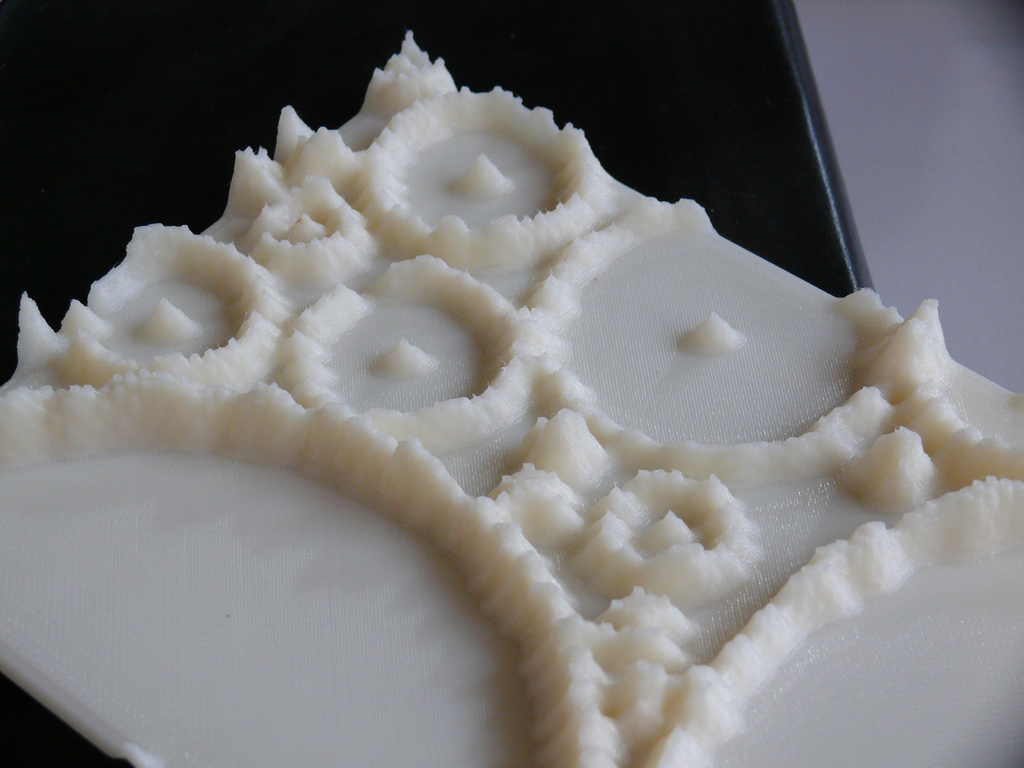 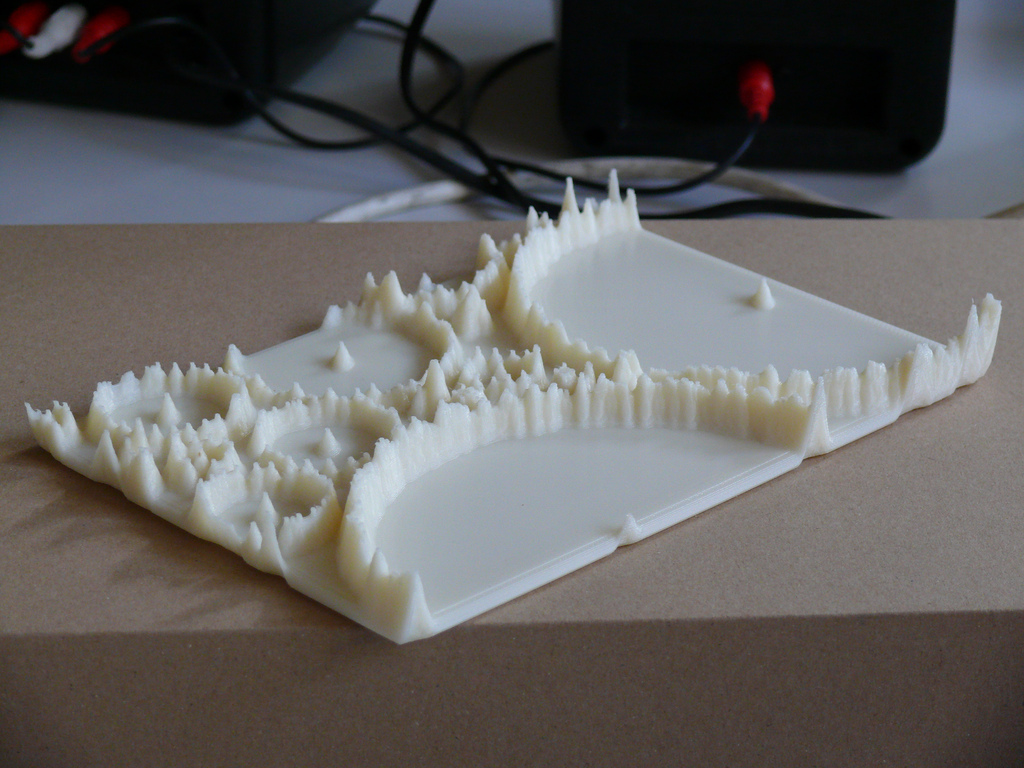 Interpreting tweets as droplets on an imaginary fluid surface, Karsten Schmidt and his colleagues created a 3D printed abstract visualization of tweets and their retweets forming ripple patterns. The visualization is created by first executing a Twitter search (here: "Justin Bieber") to create the initial droplets shown in the center of each ring. For each search result they then recursively executed secondary Twitter searches for retweets to create more droplets and used these to form clusters. Popular tweets with more retweets so form bigger ripples and the elevation of each point in the resulting rings is an indication of how often these re-tweets themselves have been propagated.

The visualization started out purely in 2D using the toxiclibs Verlet physics engine to create a force-directed, self-organizing layout. The final step before 3D printing was then to freeze the simulation state and convert the 2D particle positions into a 3D terrain mesh. This 1-day project was developed during a workshop taught at HEAD Geneva in October 2010.