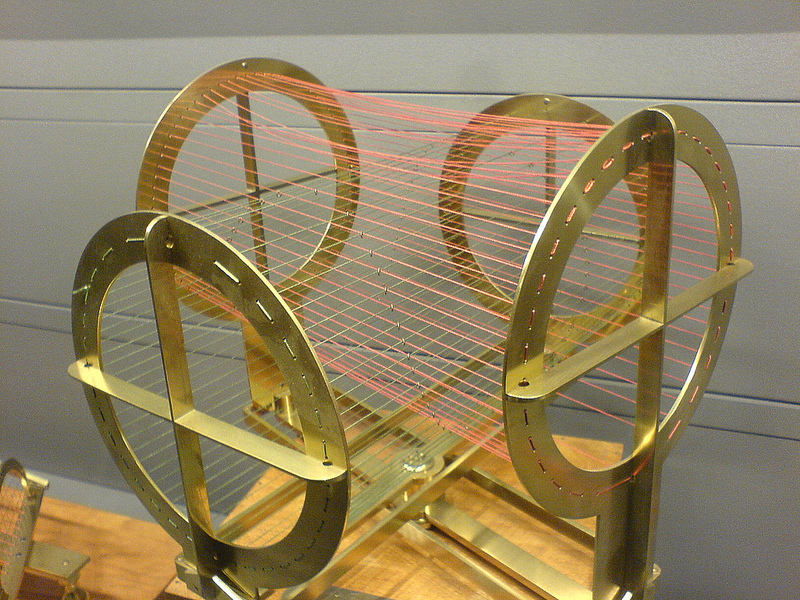 Between 1839 and 1853 the French mathematician Théodore Olivier created string models to teach and demonstrate descriptive geometry, some of which could be manipulated. He was a student of French mathematician Gaspard Monge, who invented descriptive geometry and was already illustrating his ideas with rudimentary string models. Photo above: intersection of two cylinders.