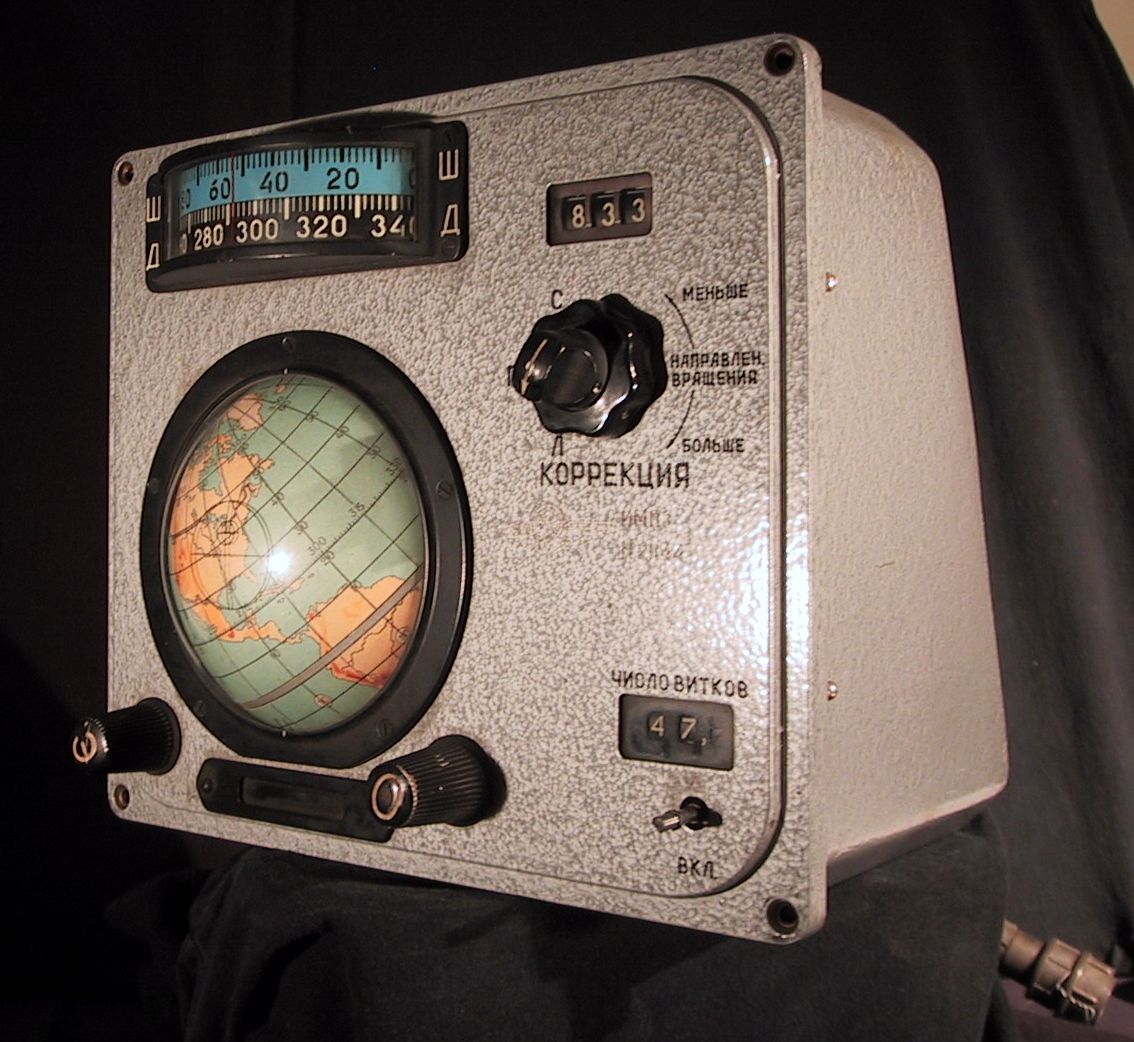 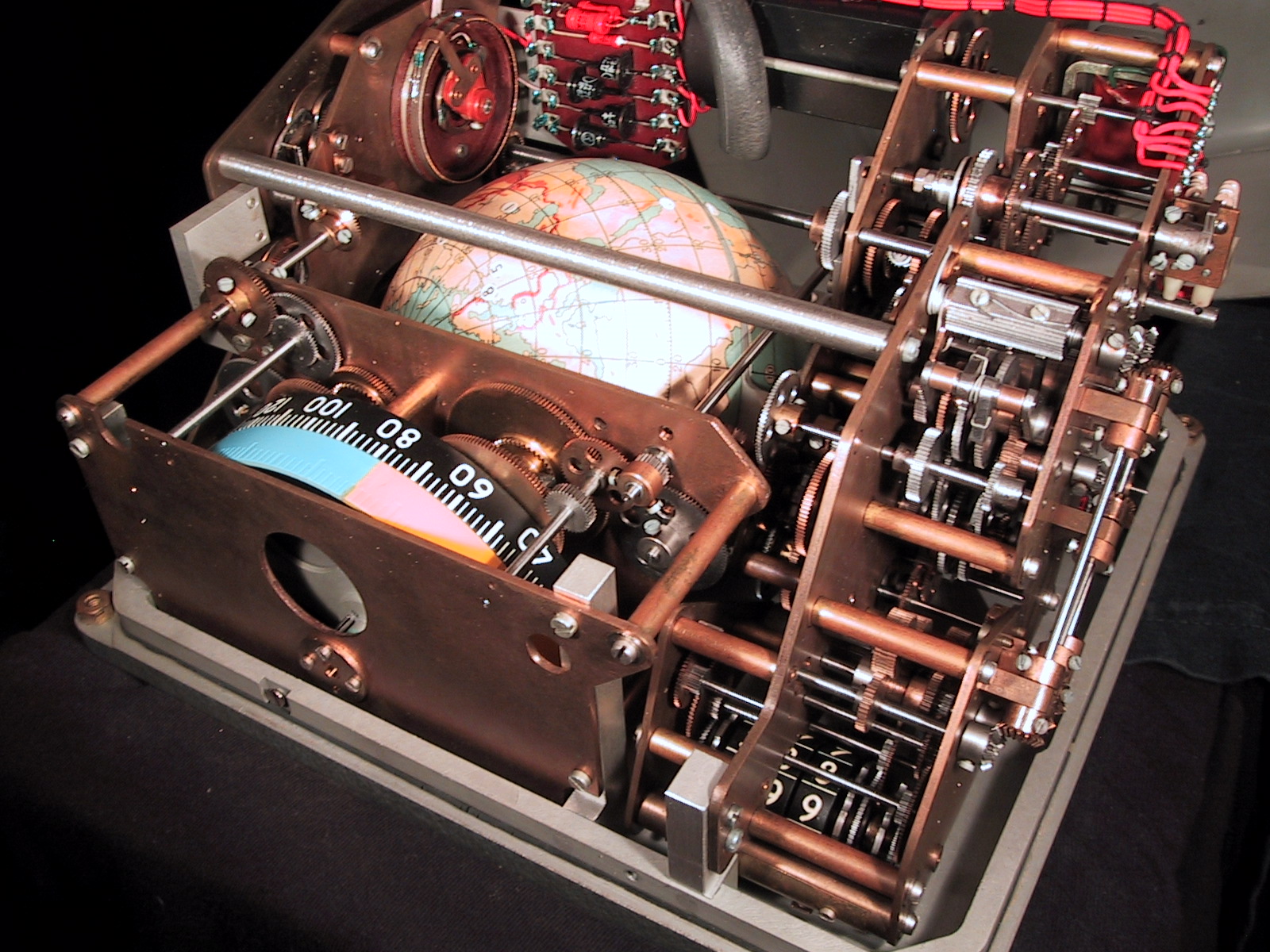 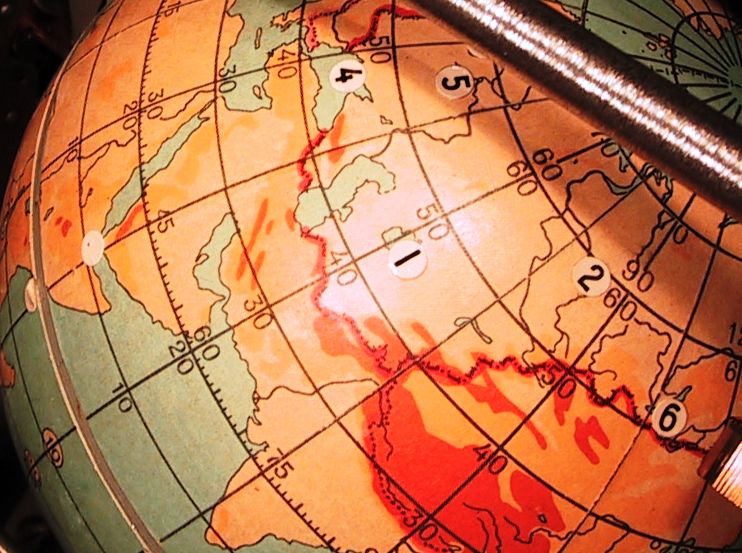 This device was the location indicator for Russian spacecrafts from the world's first manned spaceflight by Yuri Gagarin, 12 April 1961, until 2002. It contains a mechanical computer and a physical globe which rotated to always display the point on earth exactly underneath the spacecraft, or, alternatively, the point where the spacecraft would land if the re-entry rockets where fired at that exact moment. The numbered bullets on the globe in the third picture indicate radio communication centers linked to mission control in Moscow.