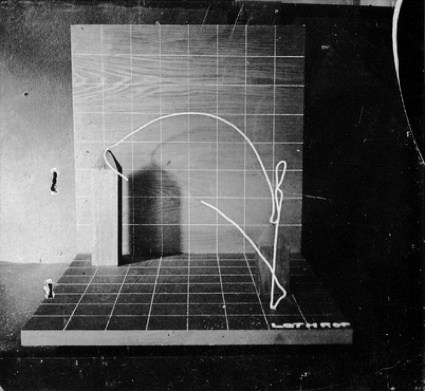 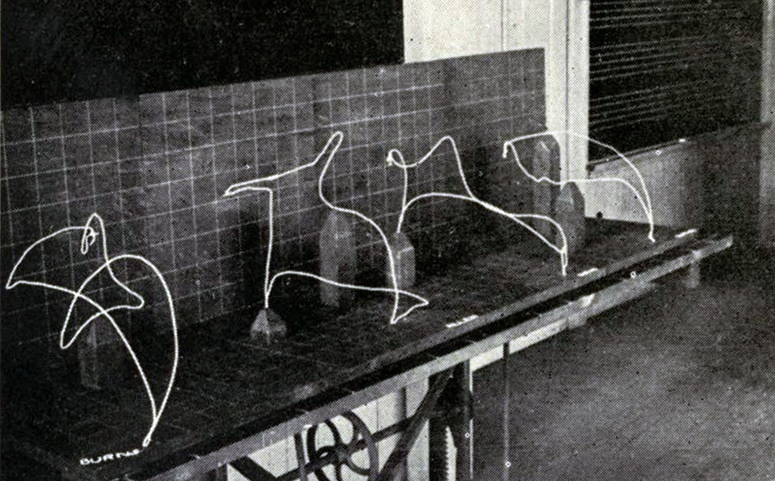 3D wire models of hand motion paths (or chronocyclegraphs) created by Frank Gilbreth, a pioneer in the study of motion in the workplace. In his 1917 book, Gilbreth explains how he created these solid models from time-lapse photographs, and how useful they are to study and teach human motion.

Wire model of foreman on drill press. This shows “positioning” in the midst of “transporting.”

First photograph of wire models showing one man's progress of learning paths of least waste. These wires represent the paths of the left hand of a manager on a drill press, - a machine which he had not touched for twenty-five years.