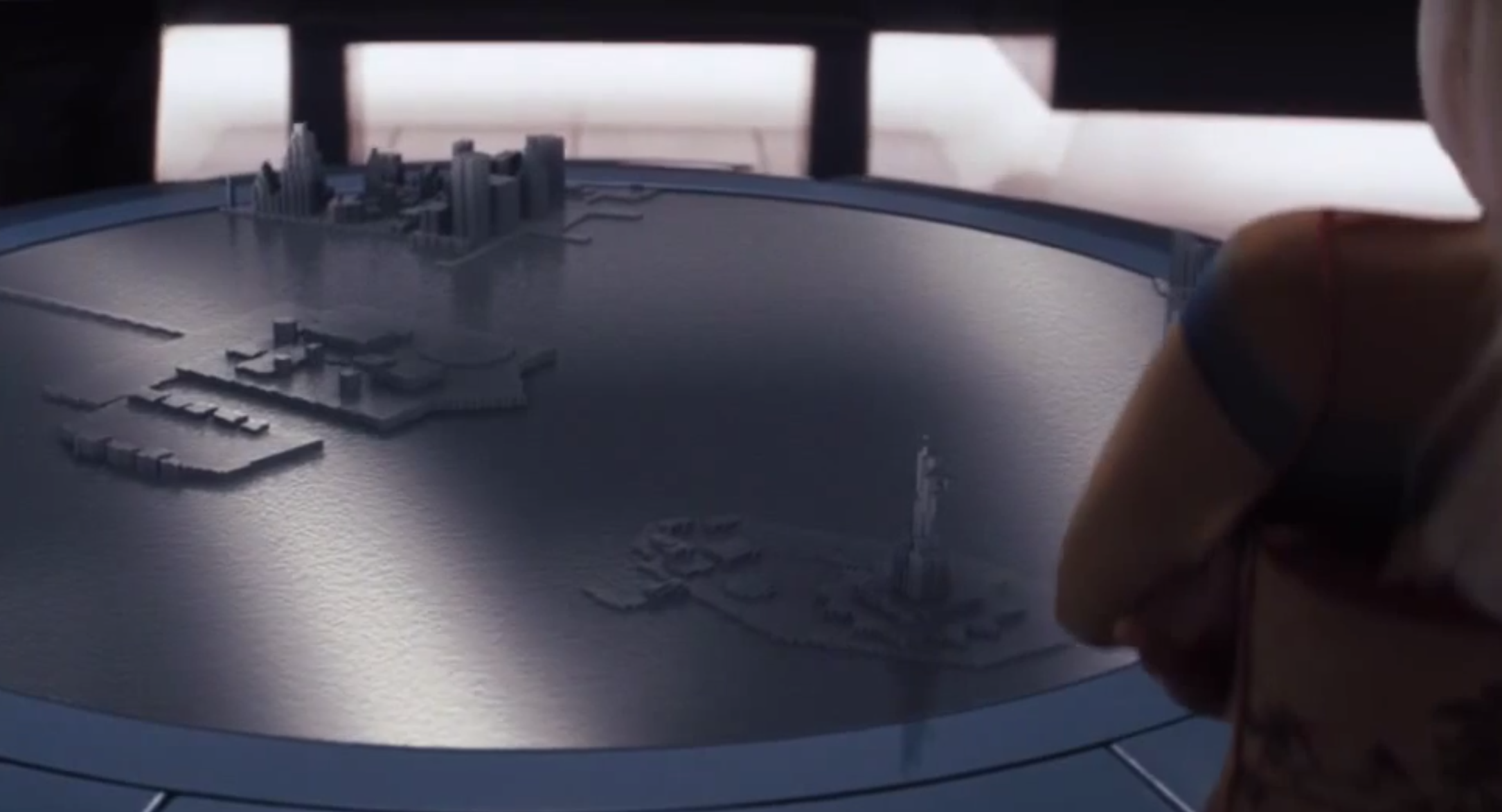 An imaginary ultra high-resolution 2.5D shape display appears in the 2000 movie X-Men. The rendering and animations are visually quite appealing. Notice how impossible overhangs appear at 0:27 (the bridge) and 0:33 (the torch of the Statue of Liberty).

This movie scene has prompted a company to design and build an actuated solid terrain model for military customers, see our entry 2004 – XenoVision Mark III. Also see our entry 2009 – Leithinger’s Interactive Shape Displays for a much lower-resolution but ultra fast and highly interactive version.