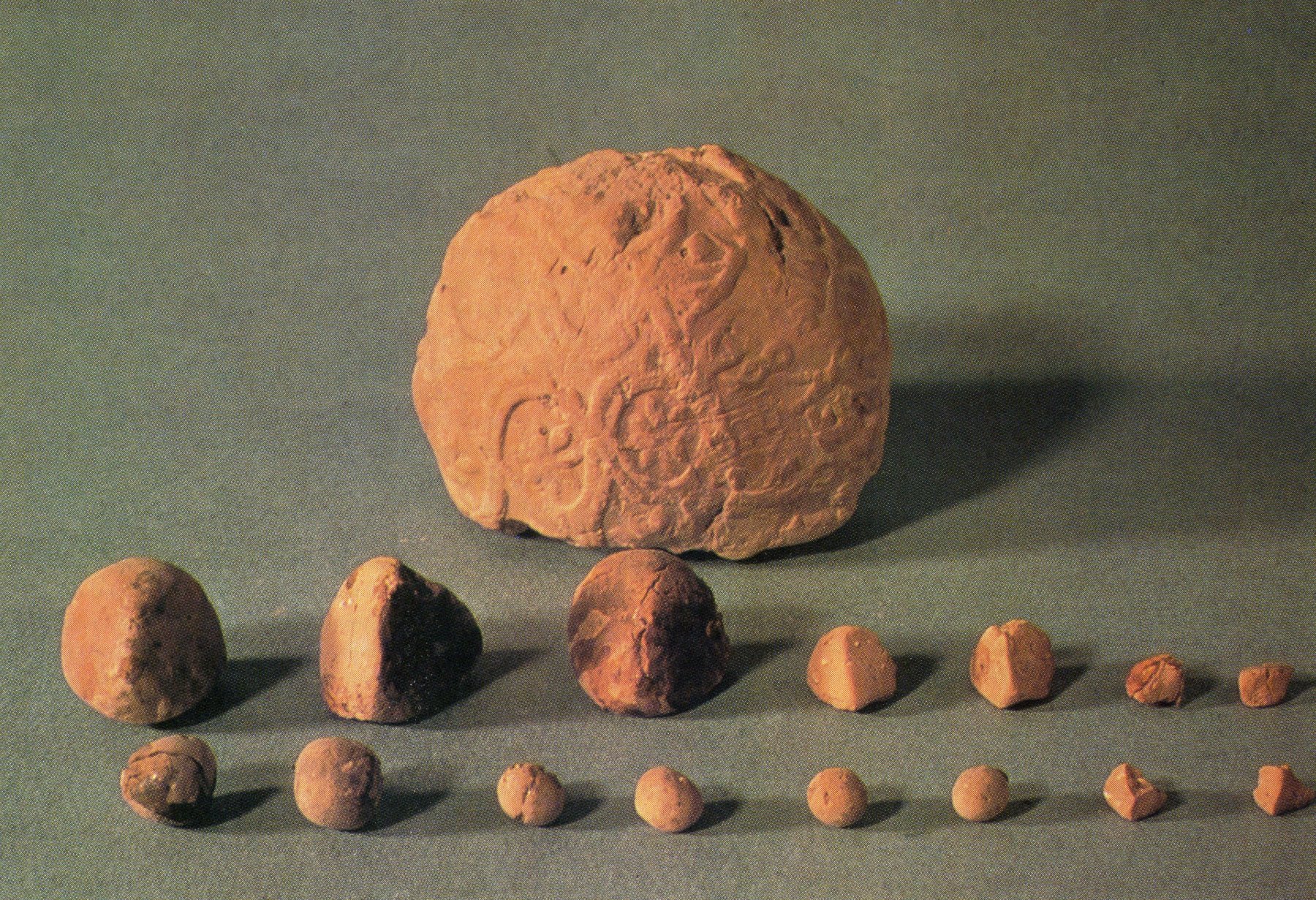 The earliest data visualizations were likely physical: built by arranging stones or pebbles, and later, clay tokens. According to an eminent archaeologist (Schmandt-Besserat, 1999):

"Whereas words consist of immaterial sounds, the tokens were concrete, solid, tangible artifacts, which could be handled, arranged and rearranged at will. For instance, the tokens could be ordered in special columns according to types of merchandise, entries and expenditures; donors or recipients. The token system thus encouraged manipulating data by abstracting all possible variables. (Harth 1983. 19) [...] No doubt patterning, the presentation of data in a particular configuration, was developed to highlight special items (Luria 1976. 20). "