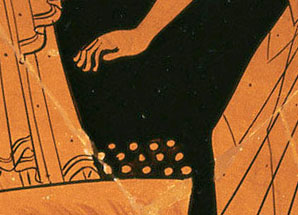 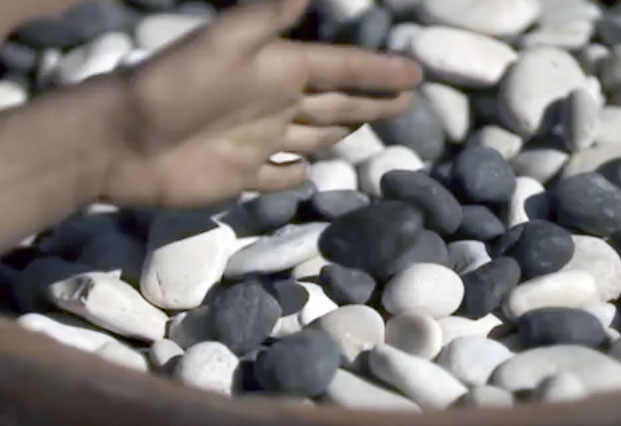 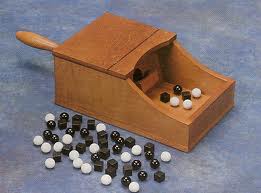 The earliest participatory visualizations were probably voting systems. Voting in Greece was introduced in the 5th century BC. Adult male citizens were invited to express their opinion by dropping a pebble in an urn: a white pebble meant "yes" and a black pebble meant "no". Sometimes two urns were used. The left image is a detail of a Greek wine cup from the 5th century BC, and is one of the earliest known depictions of the act of voting. The middle image is a modern reconstruction from a TV documentary.

Secret voting was also in use, but it is unclear how (perhaps using "a contraption to obscure the urn into which a voter was placing his hand"). By the mid-4th century BC, a more elaborate method of secret voting was introduced based on bronze ballots whose difference could only be felt by touch.

In the 19th century, freemasons and fraternities started to use ballot boxes to decide who should be included in the group or who should be expelled (see right image). The boxes had a small opening where each member would covertly insert a white marble to mean "yes", or a black marble (or black cube) to mean "no". After everyone voted, the box was opened so that all members could immediately see the results. Sometimes a single black marble or cube was sufficient to reject a proposition or an applicant, yielding the expression "blackballing".