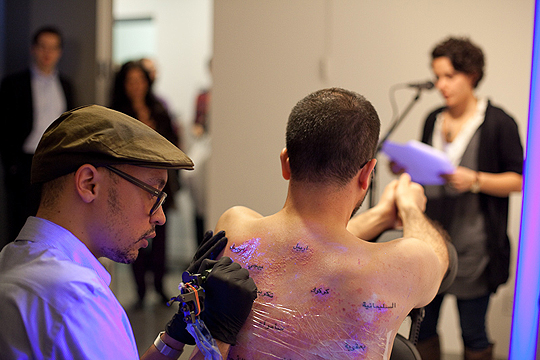 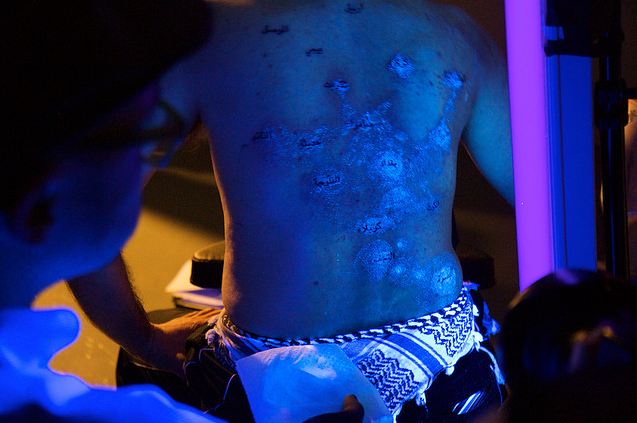 Wafaa Bilal’s brother, Haji, was killed by a missile at a checkpoint in their hometown of Kufa, Iraq in 2004. Bilal feels the pain of both American and Iraqi families who have lost loved ones in the war, but the deaths of Iraqis like his brother are largely invisible to the American public.

and Counting… addresses this double standard as Bilal turns his own body — in a 24-hour live performance — into a canvas, his back tattooed with a borderless map of Iraq covered with one dot for each Iraqi and American casualty near the cities where they fell. The 5,000 dead American soldiers are represented by red dots (permanent visible ink), and the 100,000 Iraqi casualties are represented by dots of green UV ink, seemingly invisible unless under black light. During the performance people from all walks of life read off the names of the dead.

Also, Bilal is asking each visitor to donate $1 which will go to the group Rally for Iraq, to fund scholarships for Americans and Iraqis who lost parents in the war. Based on official numbers of casualties, one dollar for each would mean $105,000 in scholarship money.