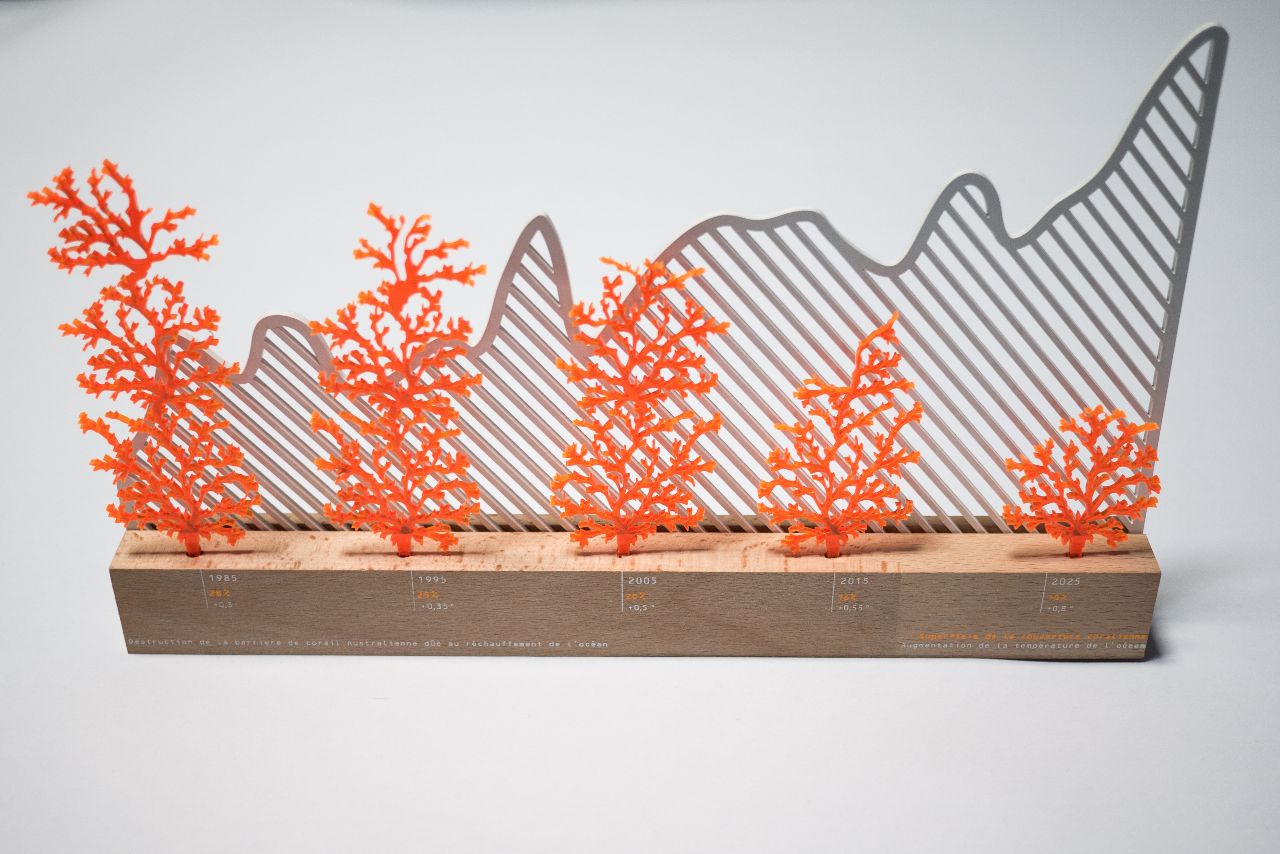 This data sculpture made by three design students at the datafossil #3 workshop depicts the destruction of Australian coral reef since 1985 (in orange) together with the rise of ocean temperature (in gray).

The Great Barrier Reef has been losing more and more of its area since the last 27 years. One of the biggest cause is coral bleaching due to global warming and more exactly to the rise of the temperature of ocean's water. Scientists say that the reef is going to keep deteriorate as fast until 2022 if nothing is done. This topic seemed very interesting as it is a serious actuality and a serious problem. We wanted to put in relation the cause and the consequence which means the temperature rise and the surface diminution of the coral reef.

Also see other projects from the datafossil #3 workshop.