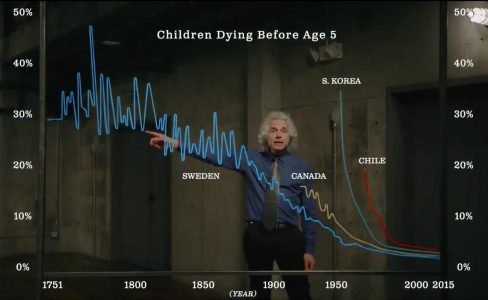 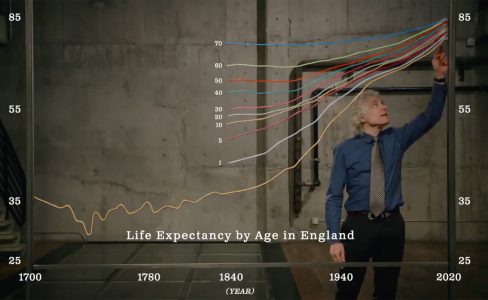 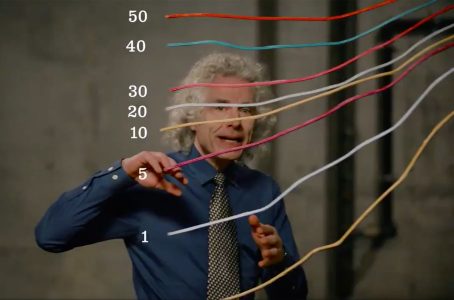 People today are living longer, healthier, and happier lives than ever before. I asked @sapinker to explain why.

At first glance it appears that line charts are digitally overlaid on the video. However, closeups and a light swaying of the graphs when Steven Pinker touches them, as well as the addition of another country towards the end of the video indicate that the graphs visible in this video are actually physical line graphs.