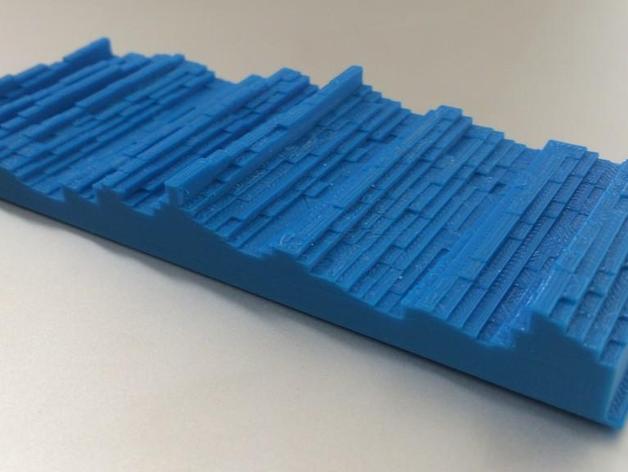 Visual journalist Jon Keegan created this quick chart using U.S. unemployment rate starting from January 1948 (the first year that the U.S. started to record the number) through the end October 2015. The long axis represents years from 1948-2015, and each column is made of of 12 chips, each representing one month's unemployment rate figure. The height of each chip represents the rate for that month. One can see a dramatic cliff start to rise up in the fall of 2008, as the global economic downturn began to unfold. Equally interesting is the slow, but steady recovery as unemployment drops through the end of 2015. Source: U.S. Bureau of Labor Statistics http://data.bls.gov/timeseries/LNS14000000

Inspired by the fantastic 2D heat map from WSJ (where Jon used to work): http://graphics.wsj.com/job-market-tracker/